Weather is getting warmer and the snow is melting!

More photos from the Prussian Blue exhibit at the New England Quilt Museum.  This is a large photographic rendition of a section of a wholecloth quilt.....pillar and eagles.  Really appreciate the curator, Pam Weeks, at the NEQM  allowing us to share the photos! 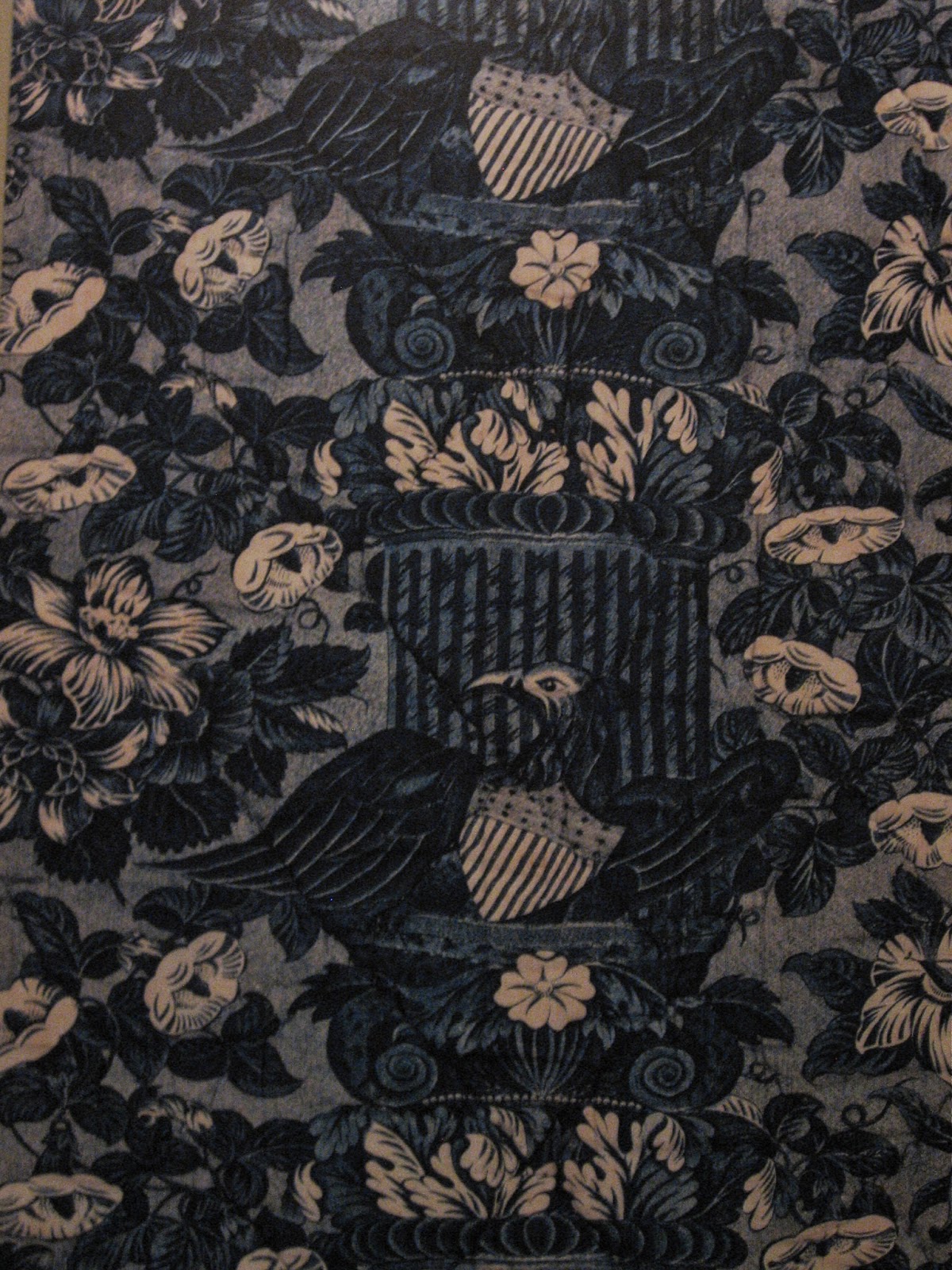 These blocks and fabric samples are from a glass display case.  Love this block! 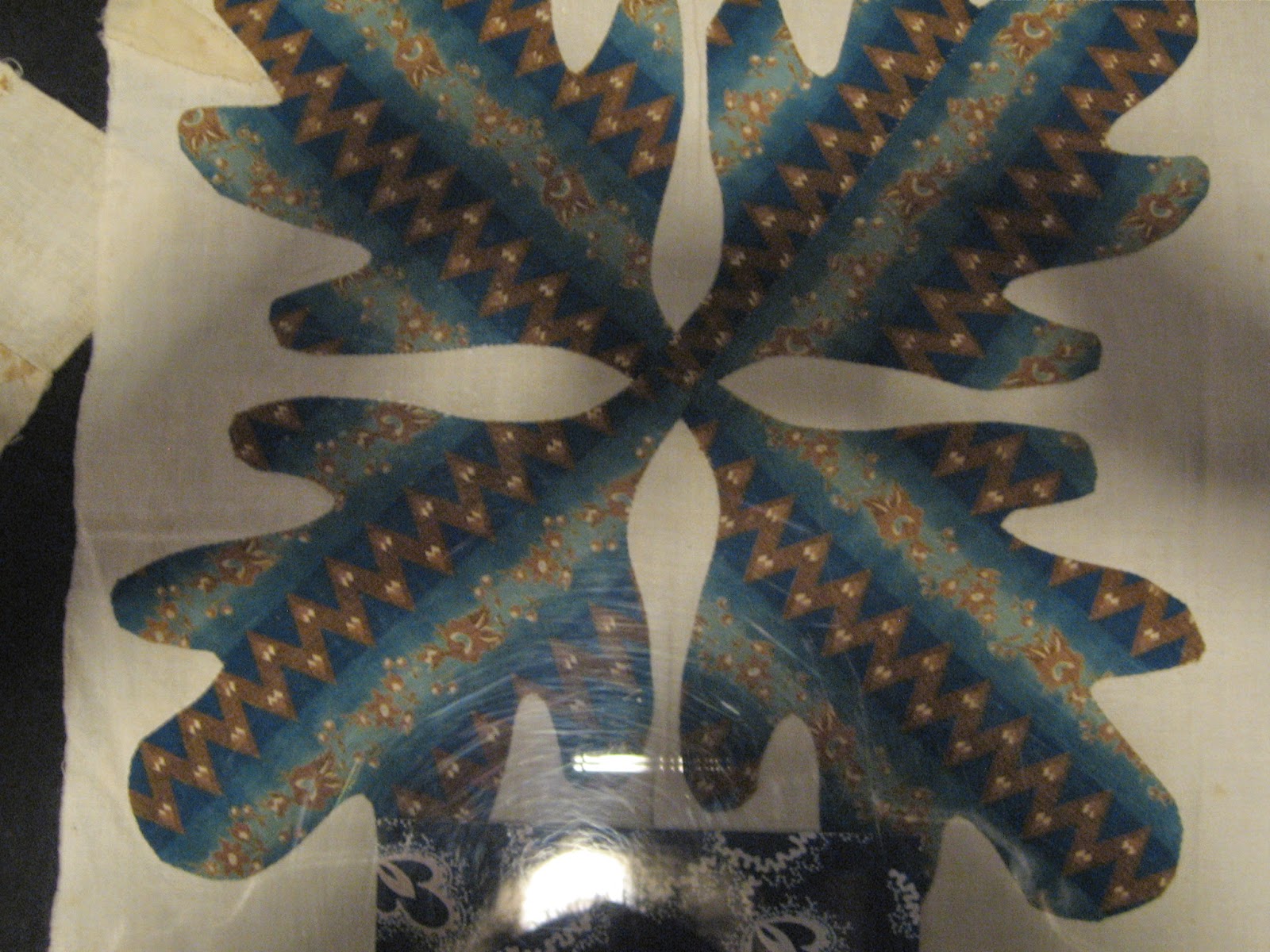 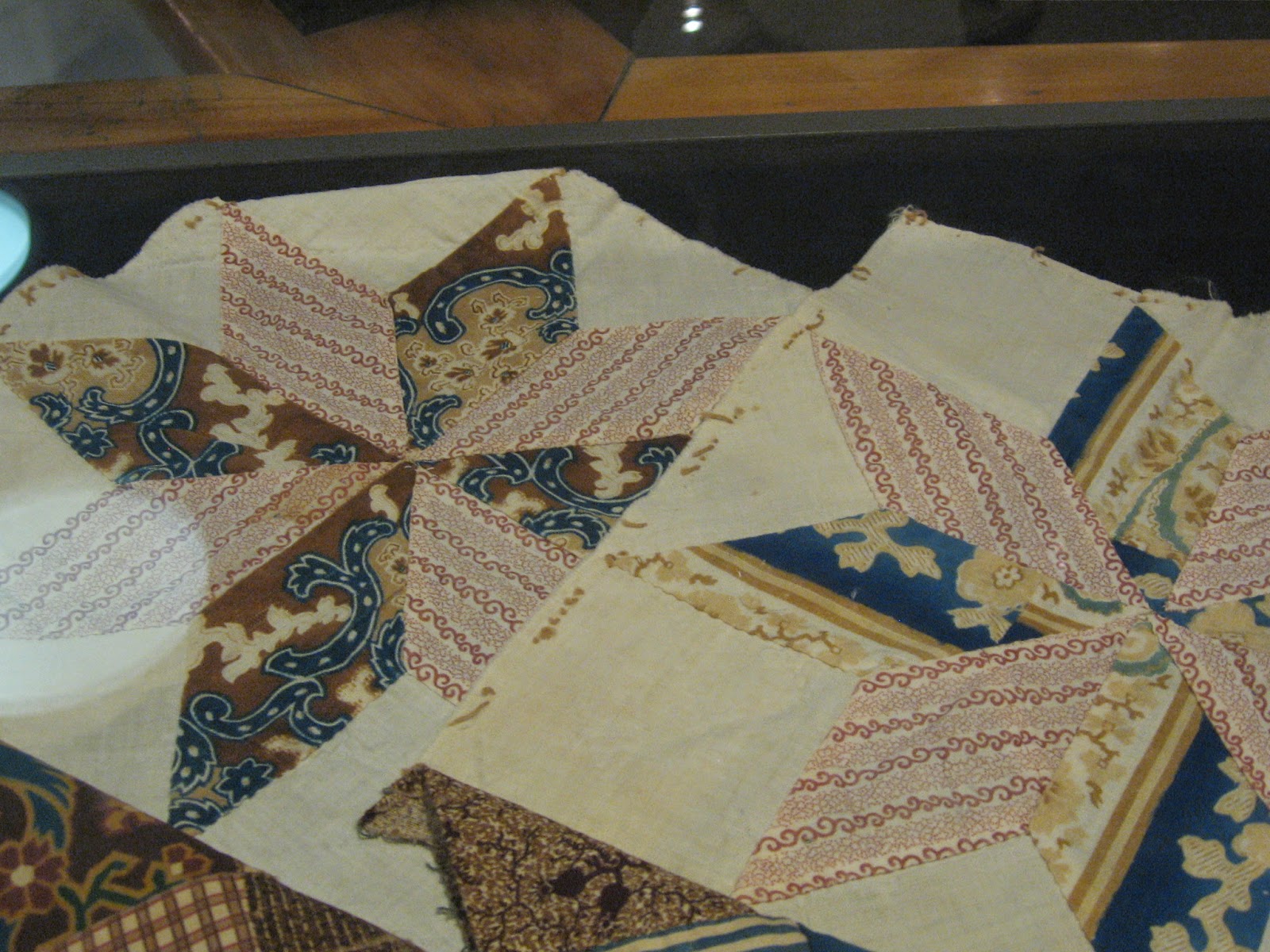 Some folded blocks with a great variety of Prussian blues. 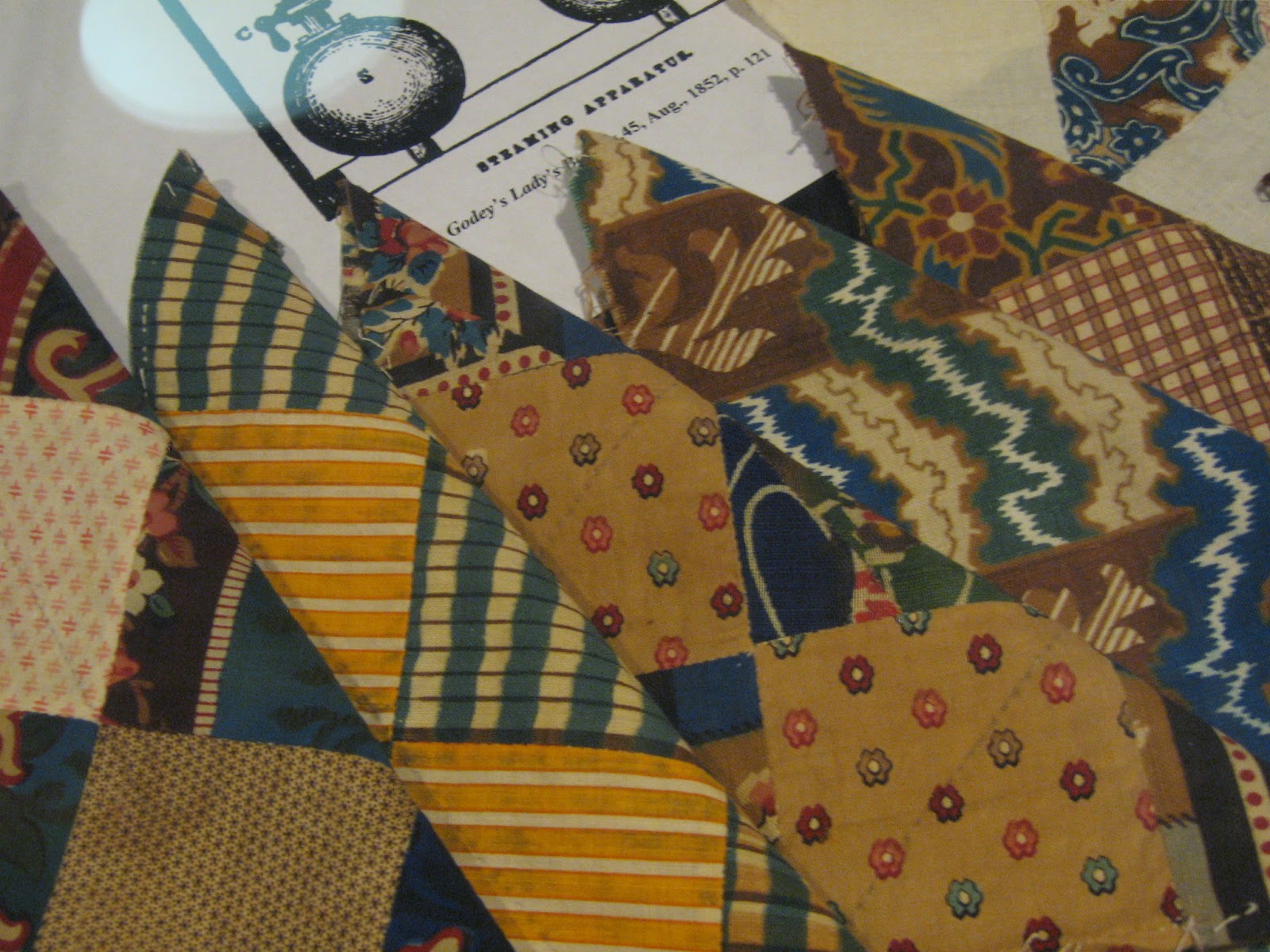 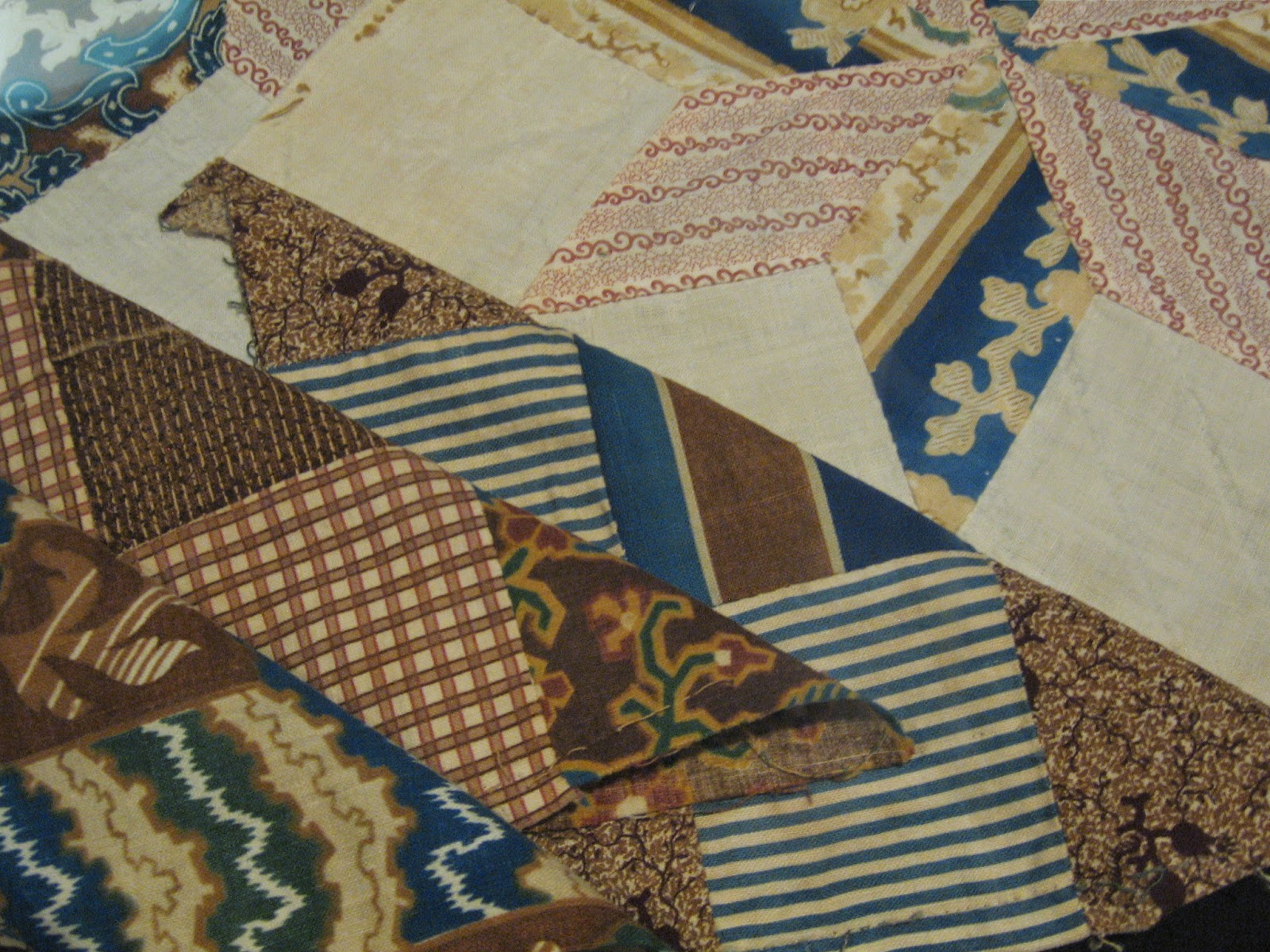 Sawtooth stars like we are making in Barbara Brackman's "Stars in a Time Warp".......just noticed the pink stripes and wonder if I was unconsiously  influenced in the star you will see below! 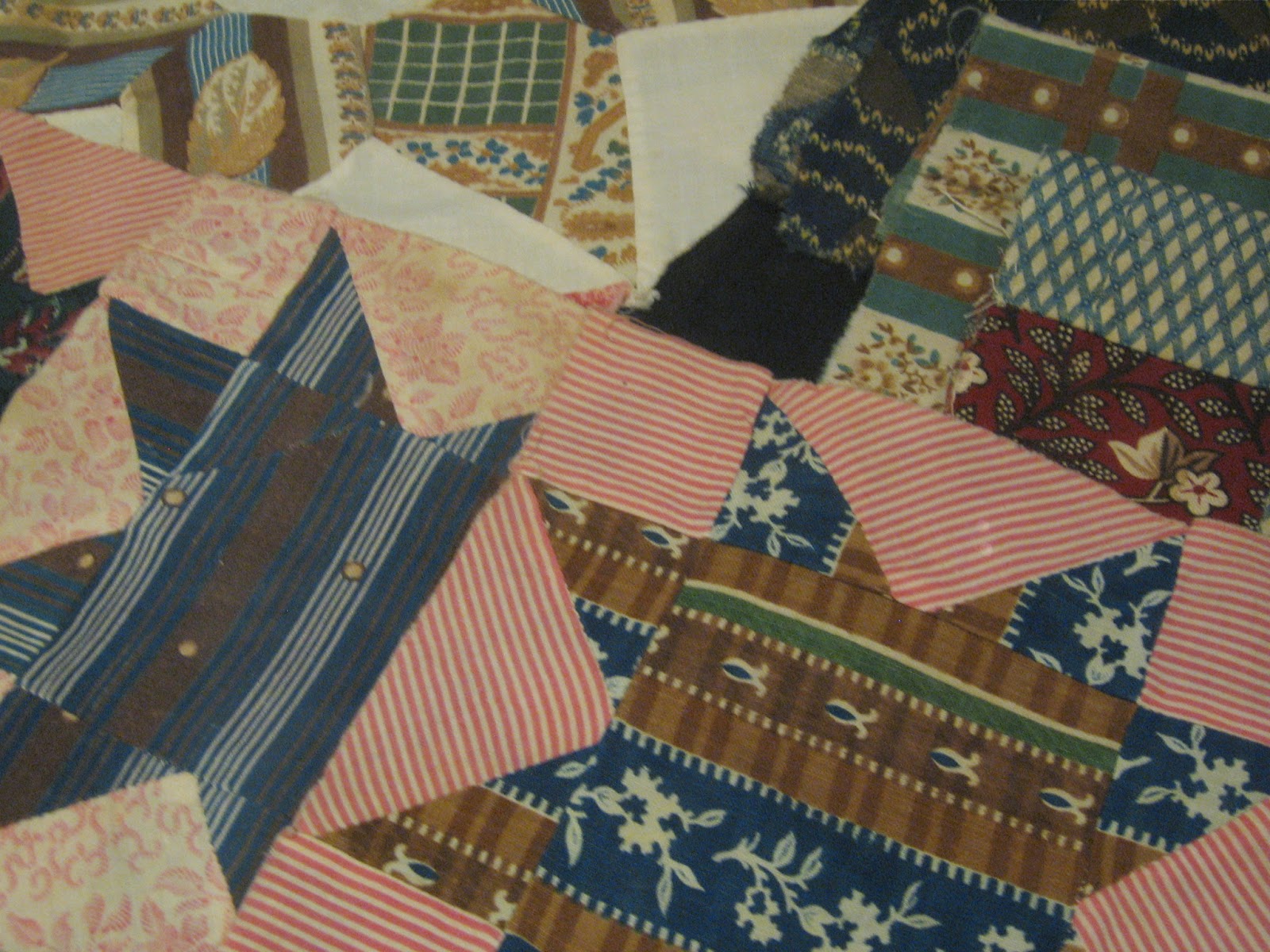 A little doll quilt and pillow. 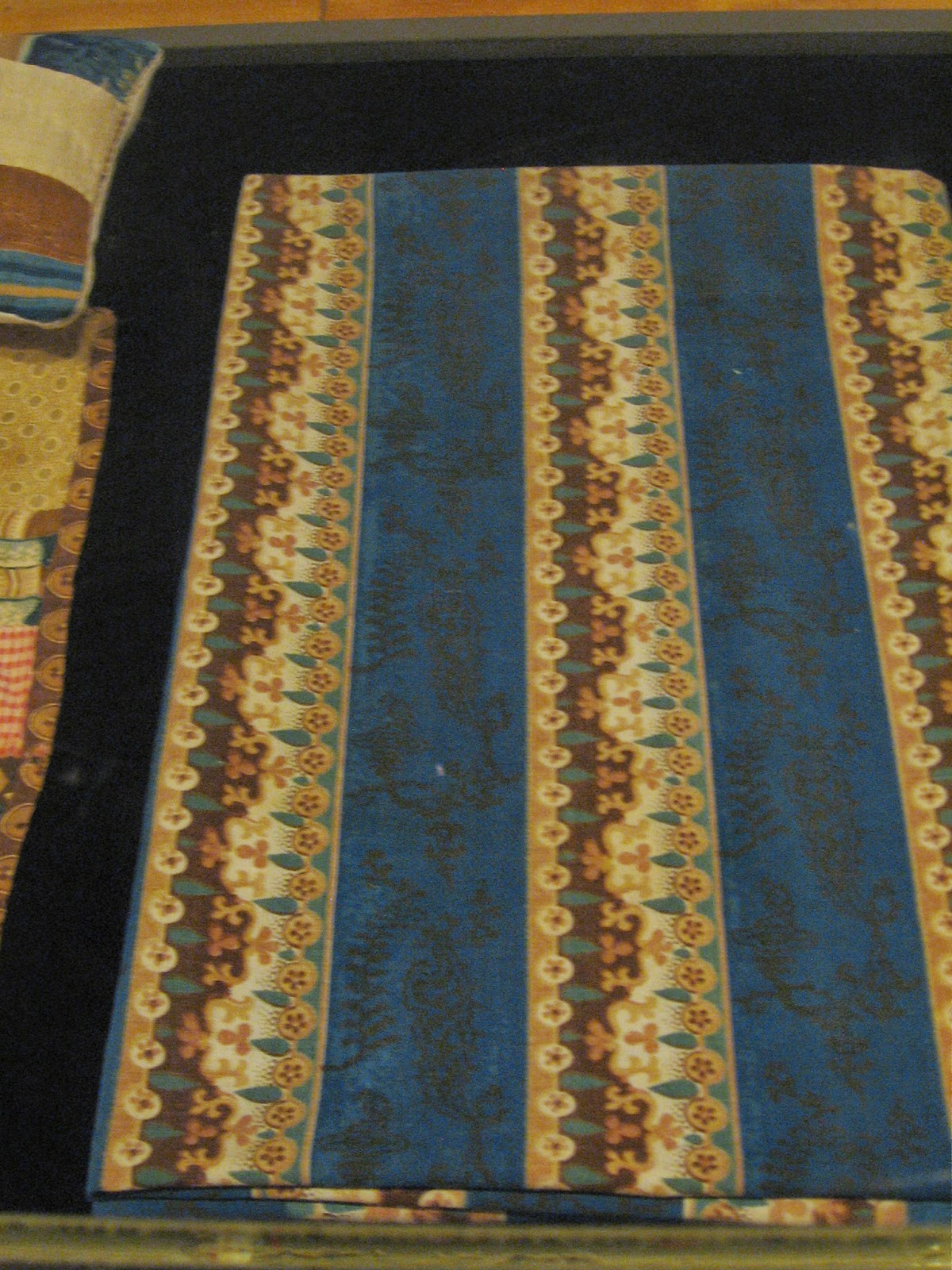 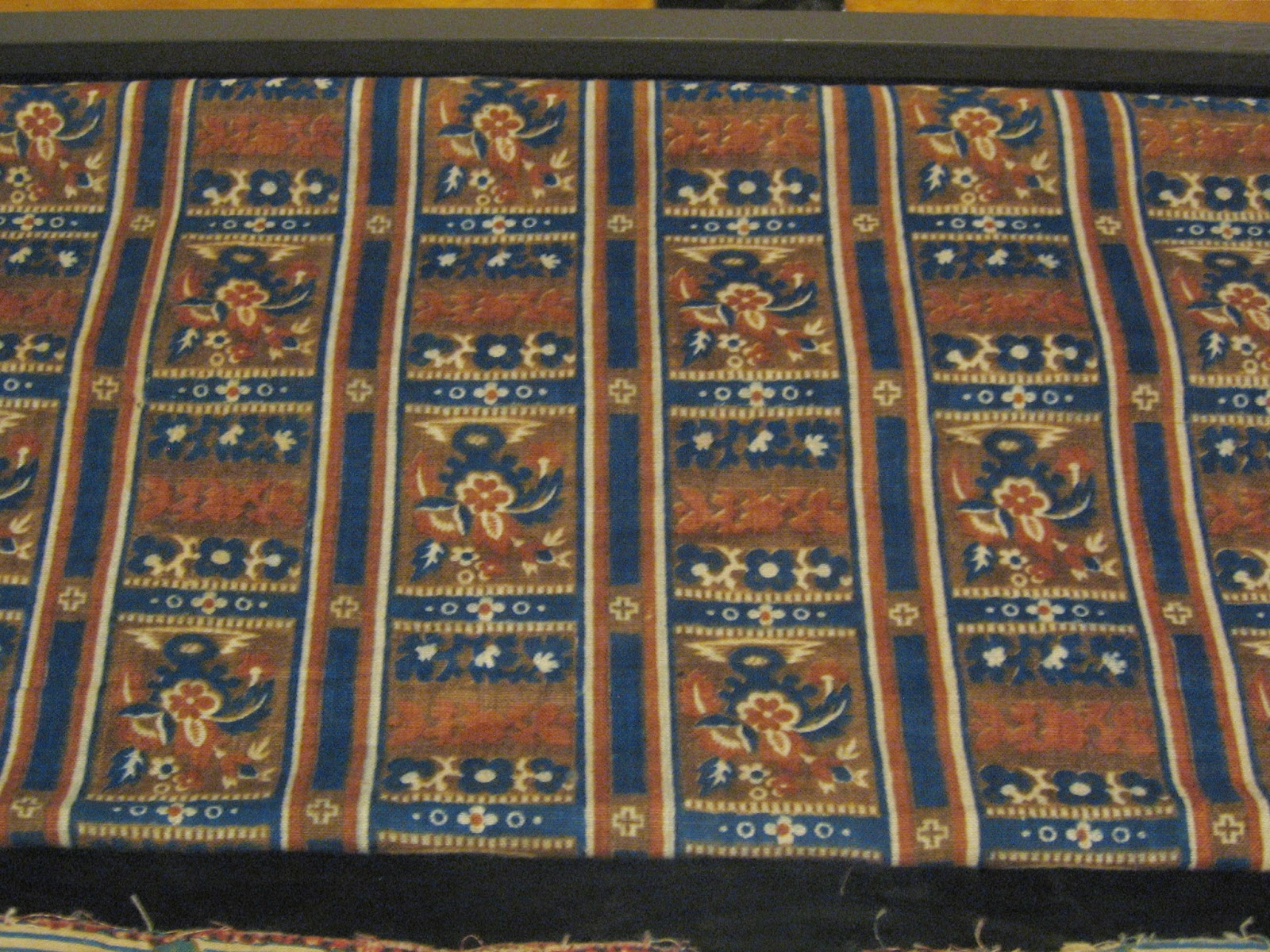 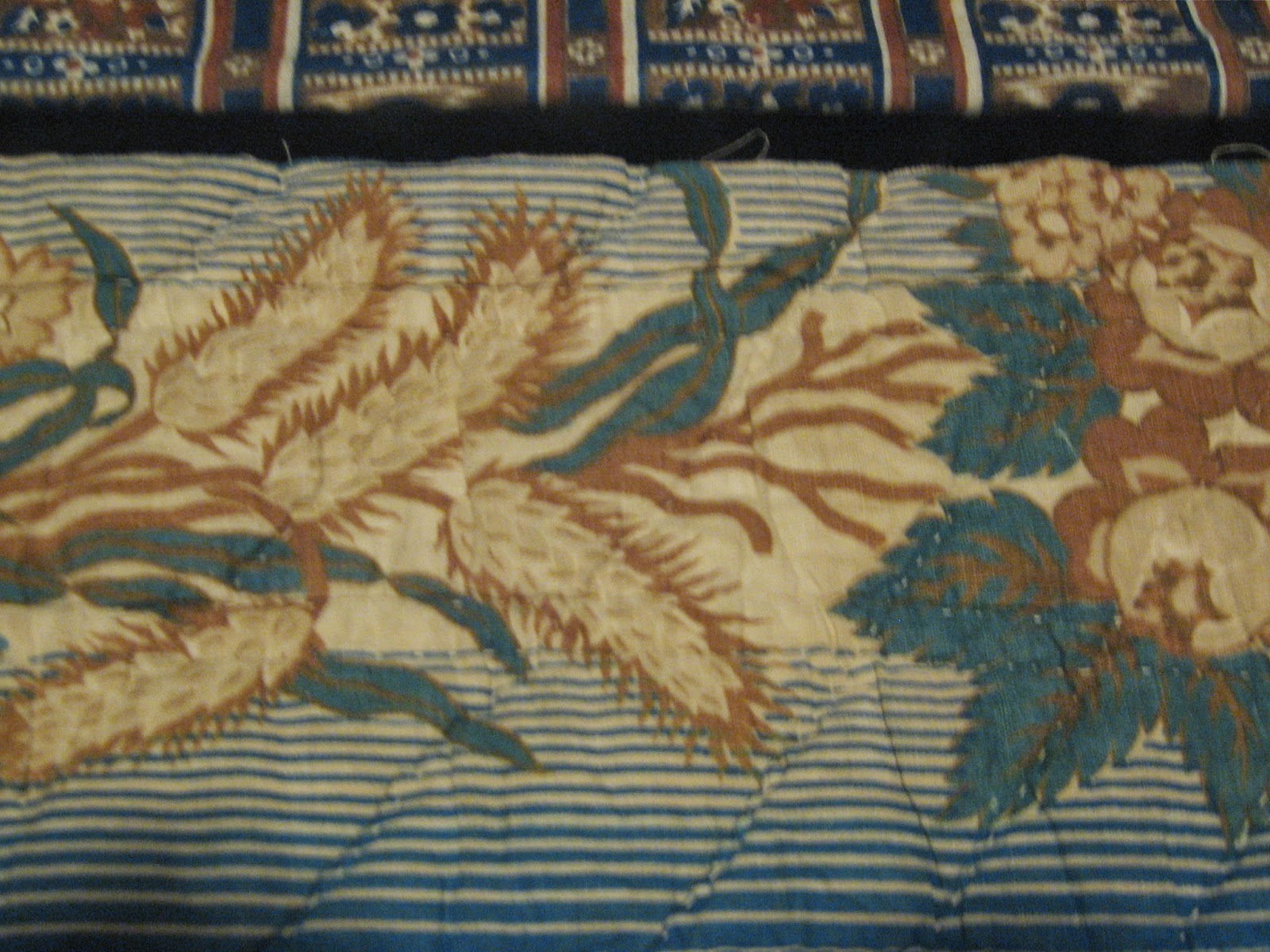 The next two quilts are something a bit different........photographs printed on fabric in a process called cyanotype which produces a Prussian Blue! 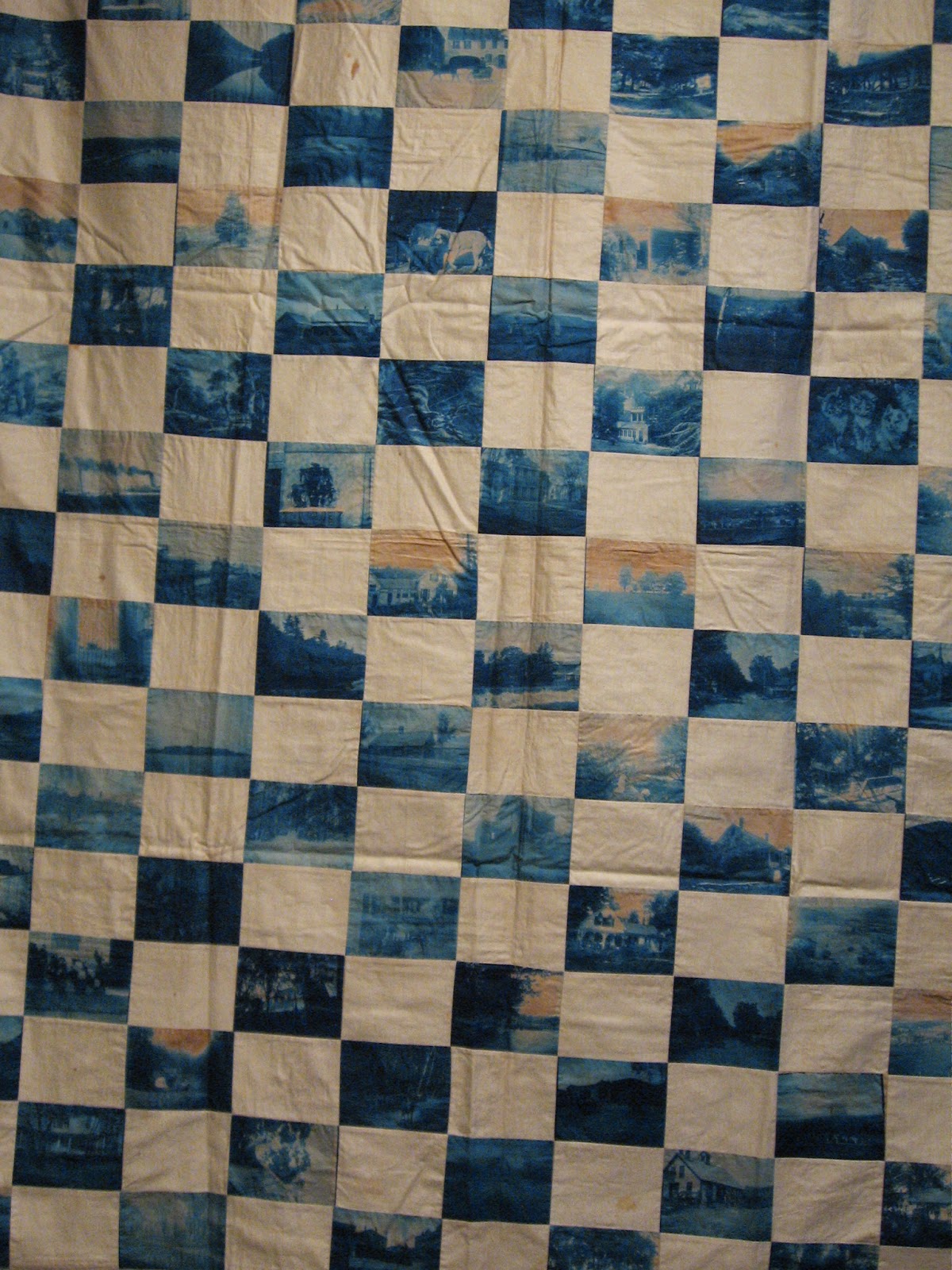 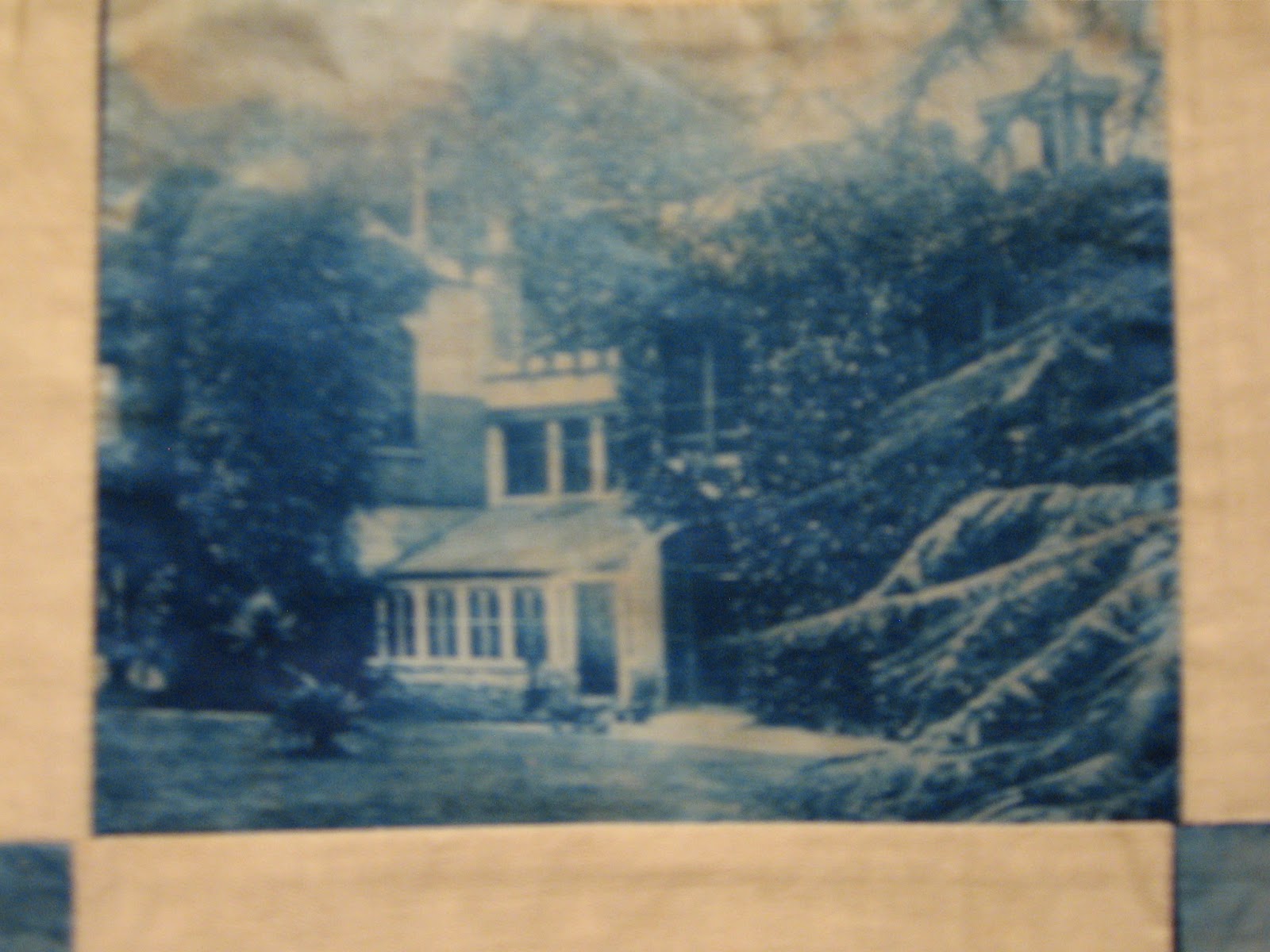 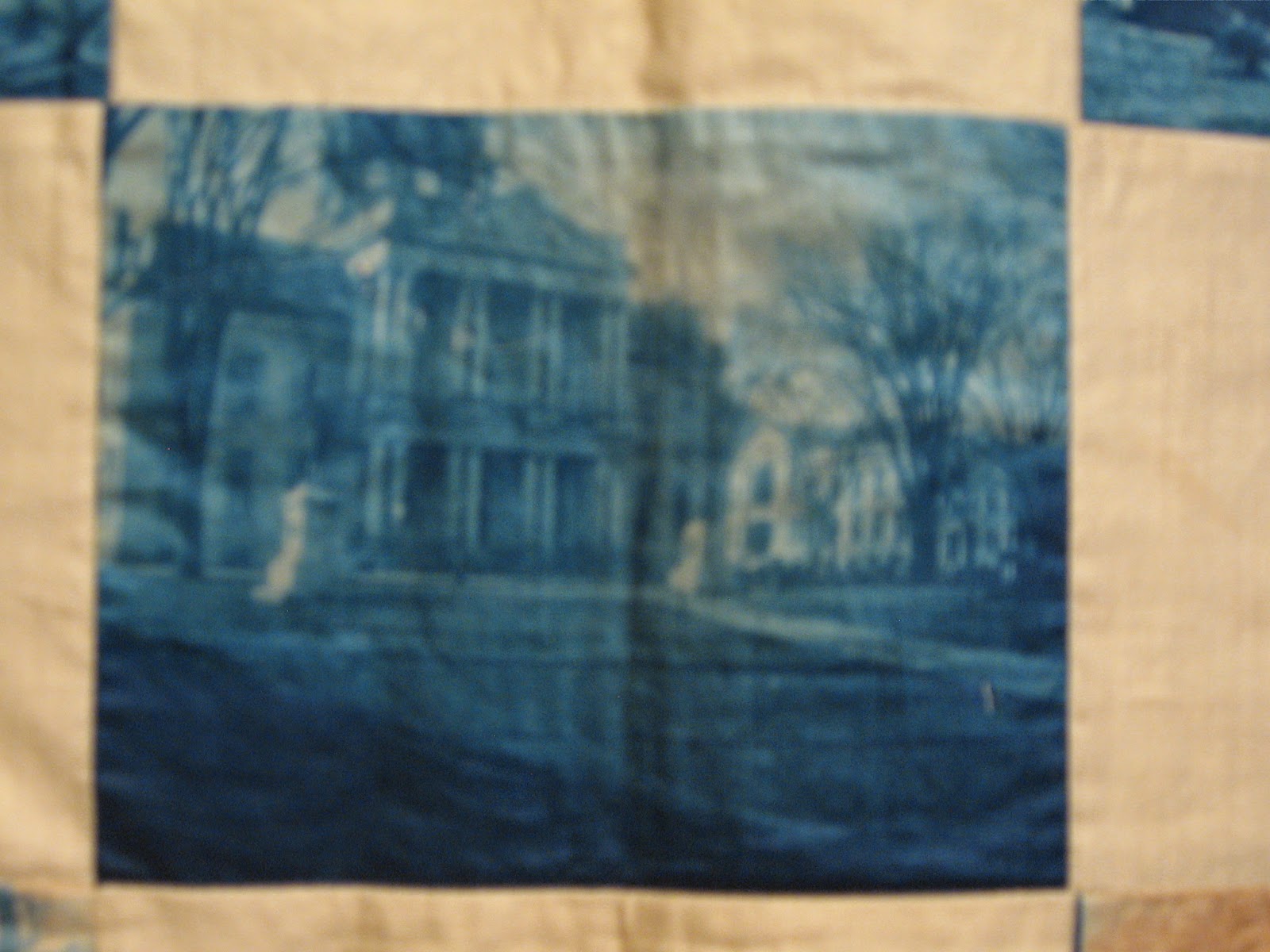 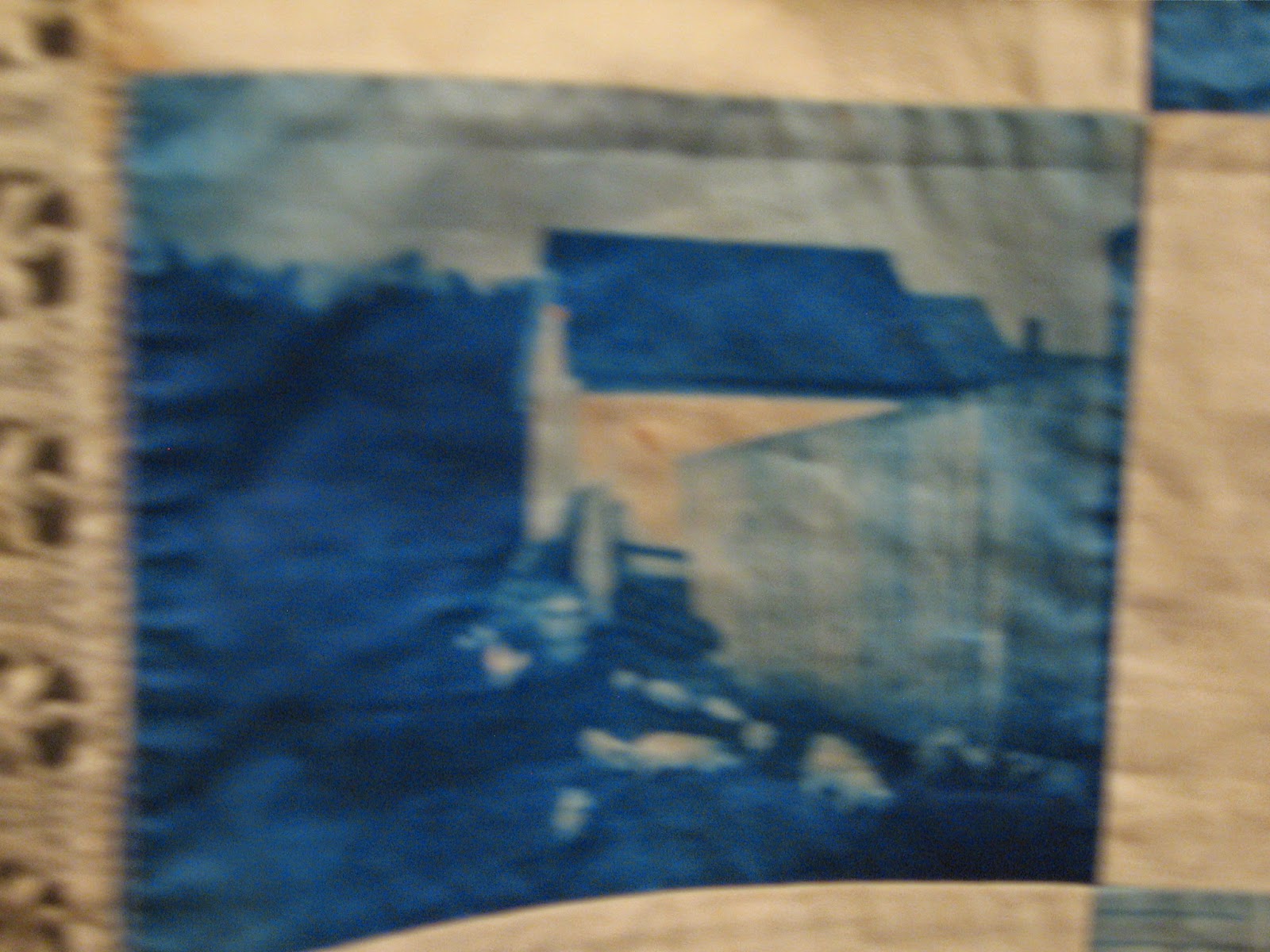 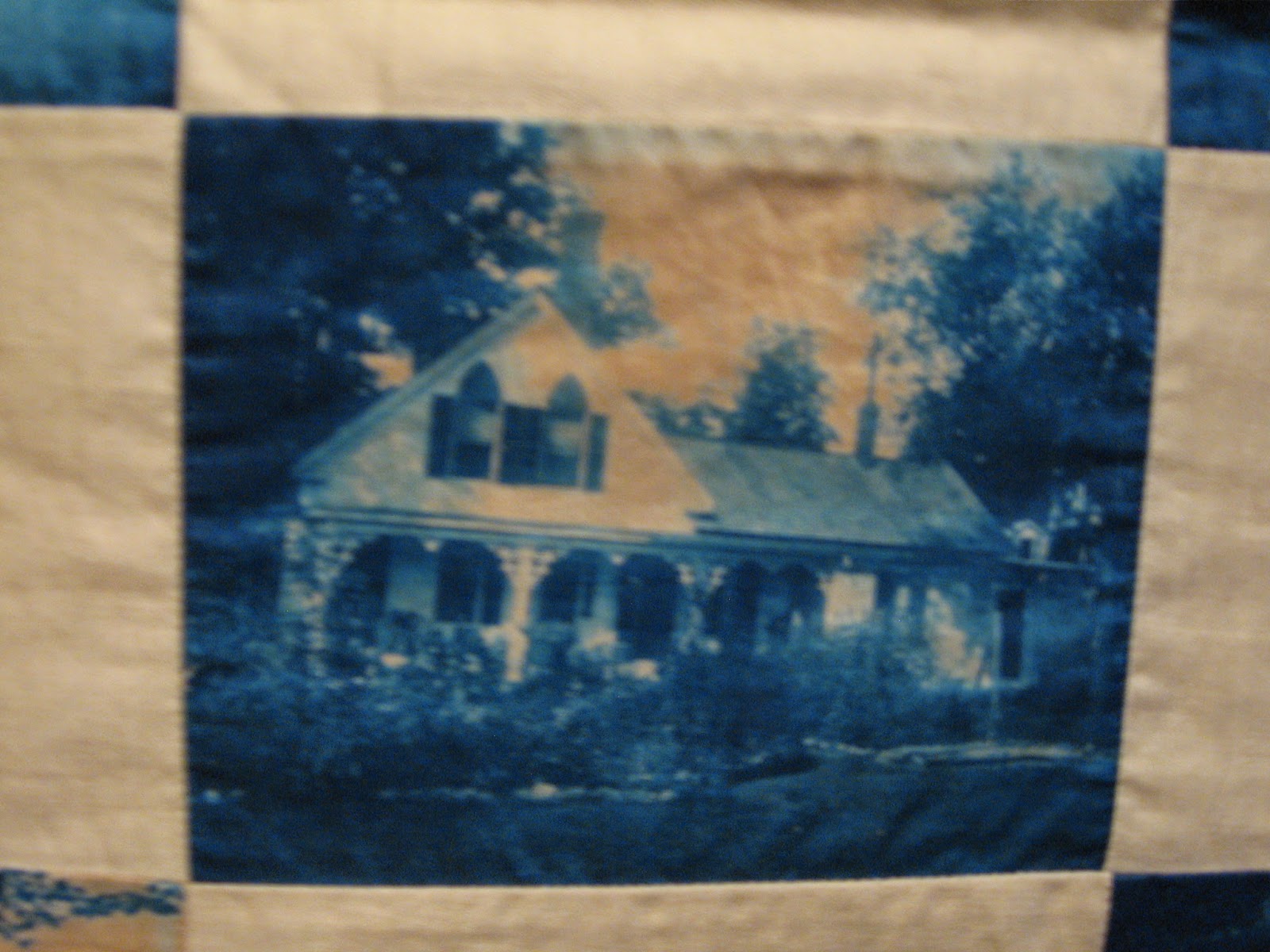 I tried to choose the sharpest photos but could not resist this trio of kittens even tho it was not in good focus! 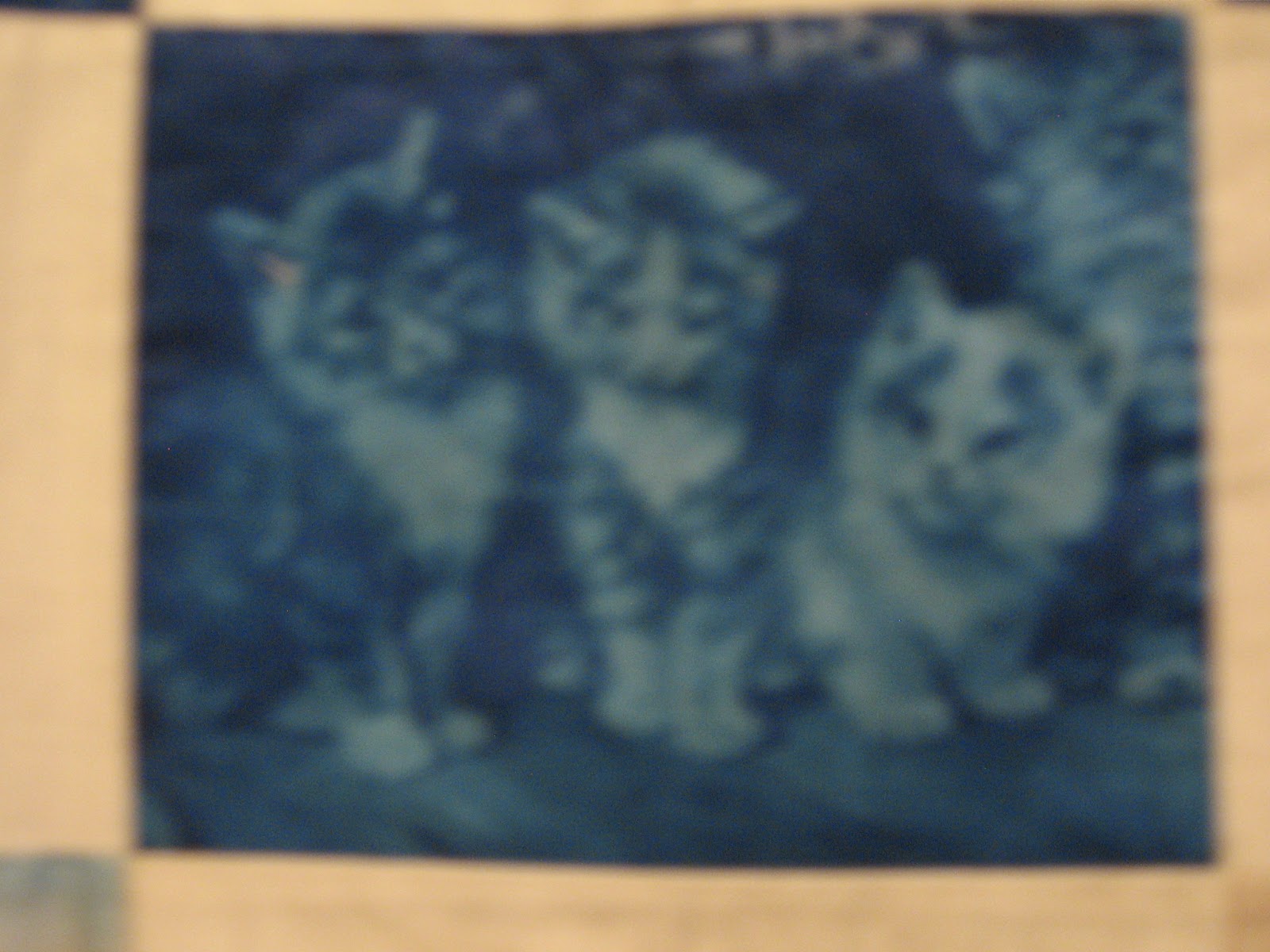 This quilt tells an interesting story! 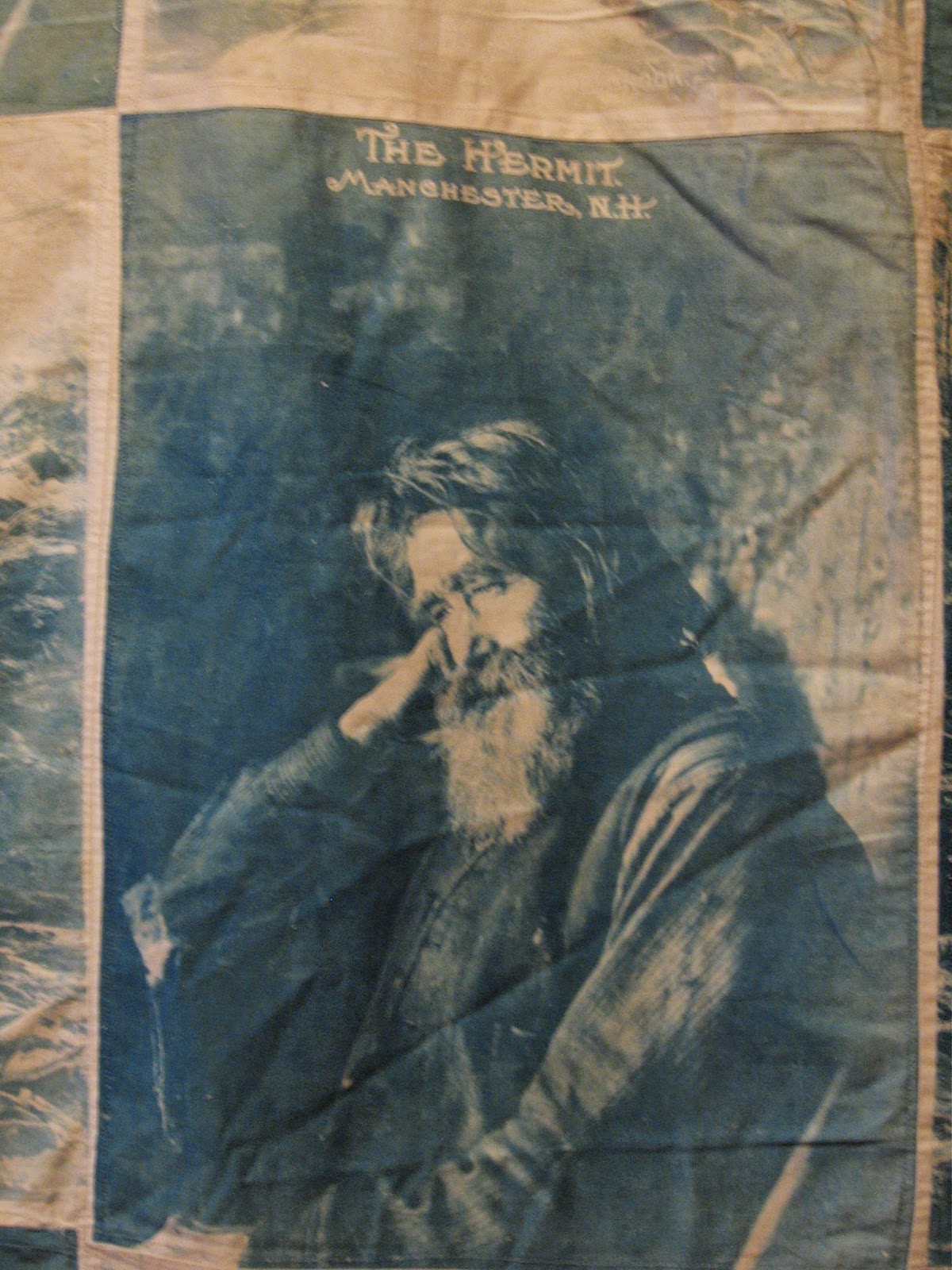 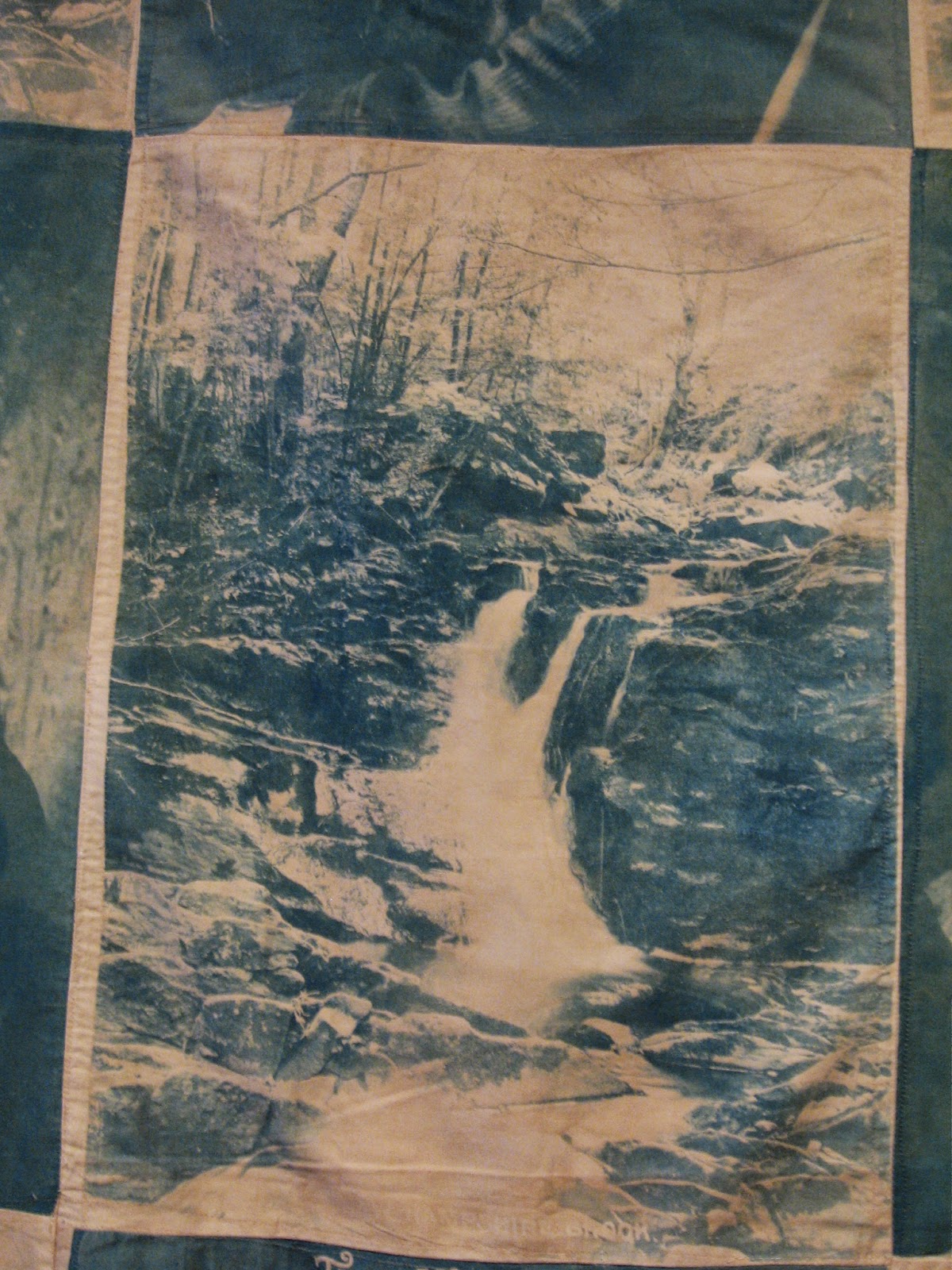 And here are my latest blocks from last week's "chrome yellow" color selection. Until I posted it,  I did not realize the Prussian blue Sawtooth block in one of the photos above had the exact pink stripe (off grain) that I used!!  The block on the left uses 9 of the 10 chrome yellows from Windham's "Colonies" line from a few years ago.

Wonder what this week's color will be?
Posted by Cyndi at 6:57 PM