My car is nearly hidden by the snow!  If it were a small car, I think it would have been covered completely! 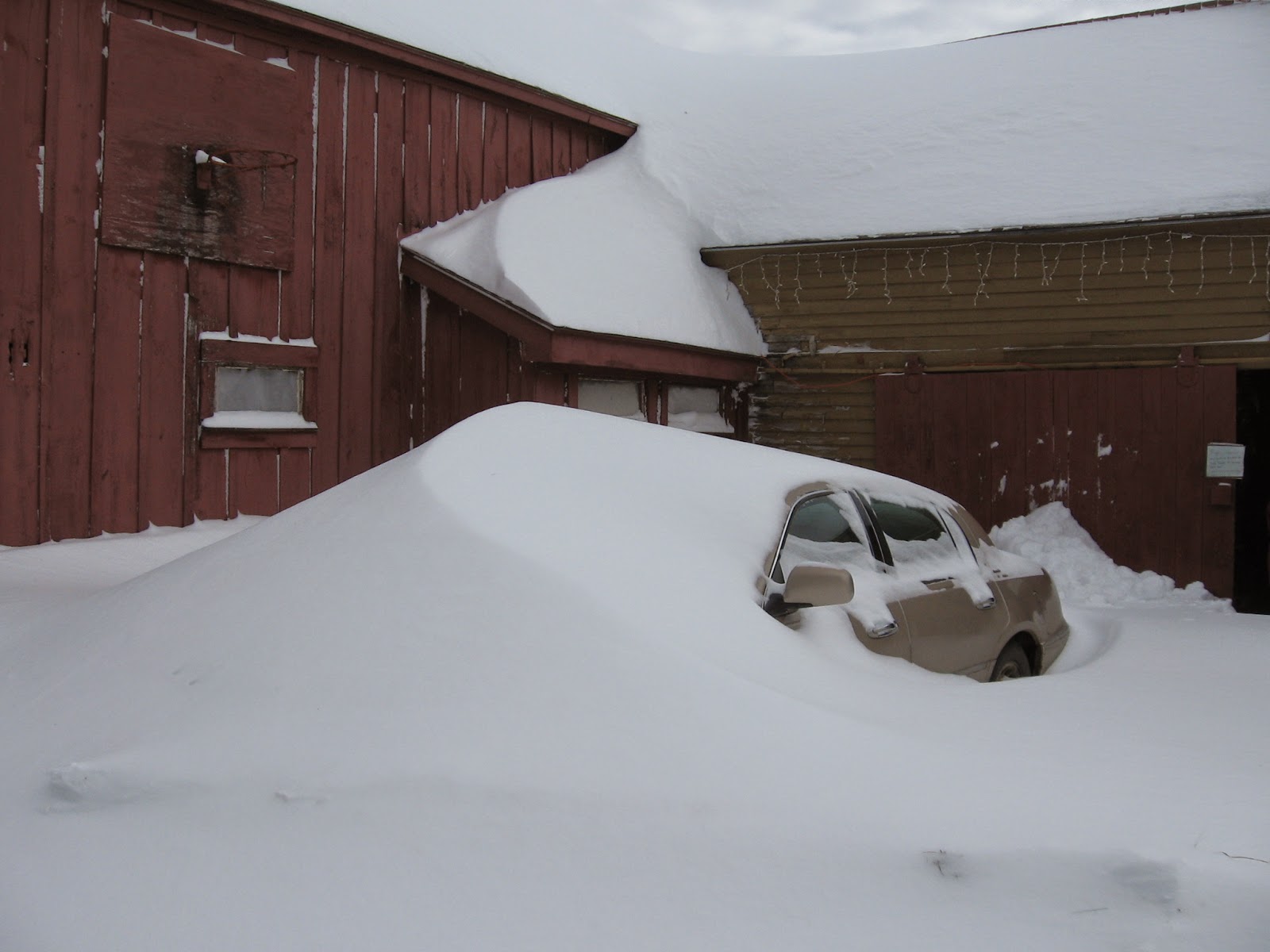 Path was made with a snowblower....shovel is just for measuring!  And we have had More Snow since this Blizzard of Jan 27 was taken! 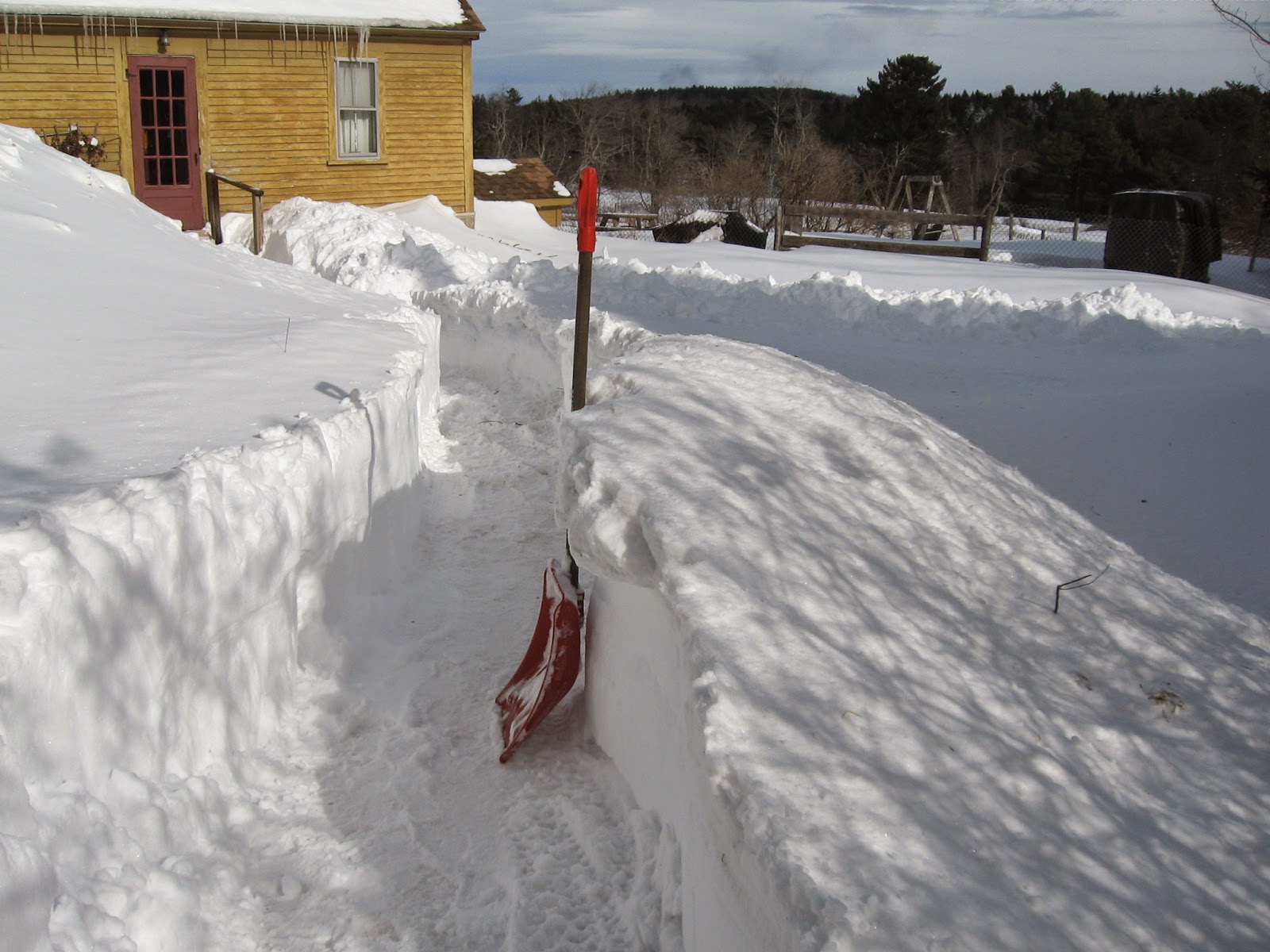 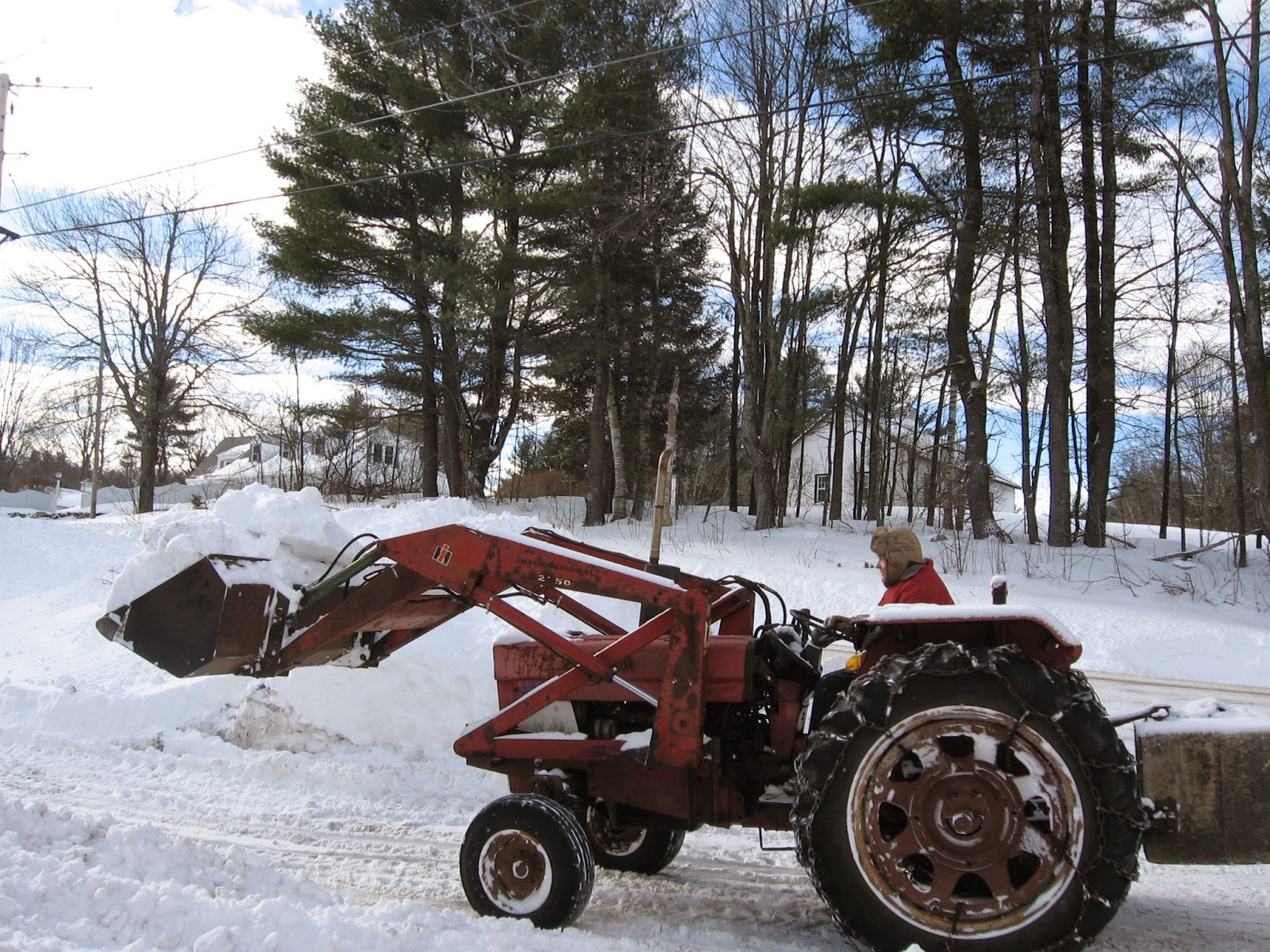 Almost caught up with my Stars in a Time Warp from Barbara Brackman's Civil War Quilts Blog.  Turkey red, Prussian Blue and shirting are done.  Chrome Orange is next.....cut out but not yet sewn!  And tomorrow she will have the next color to make!  Never enough time!  Will take photos of two projects that kept me from finishing my stars................next time. 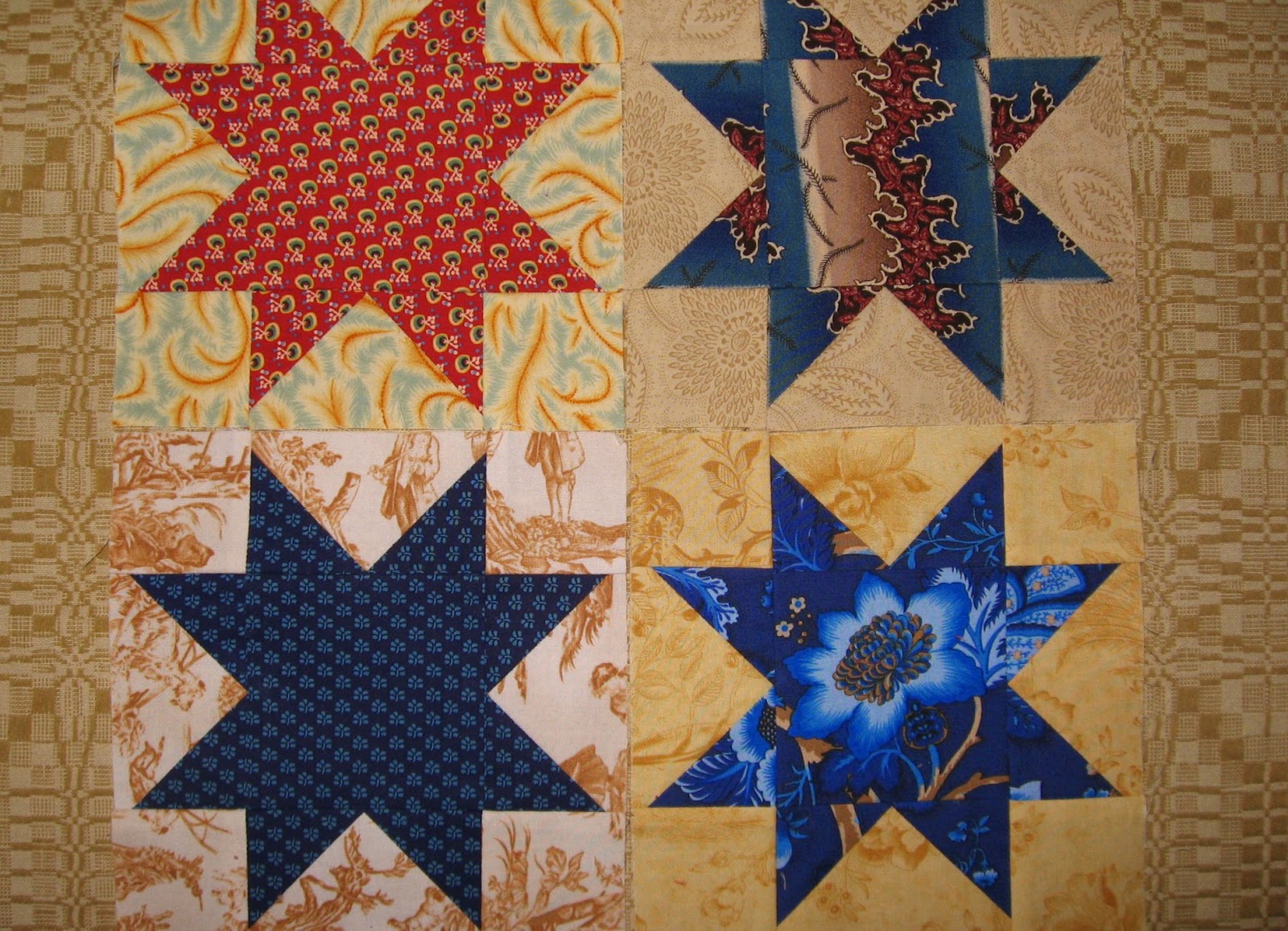 Kinda light-struck but this is my Shirting.....an old Marsha McCloskey Staples. 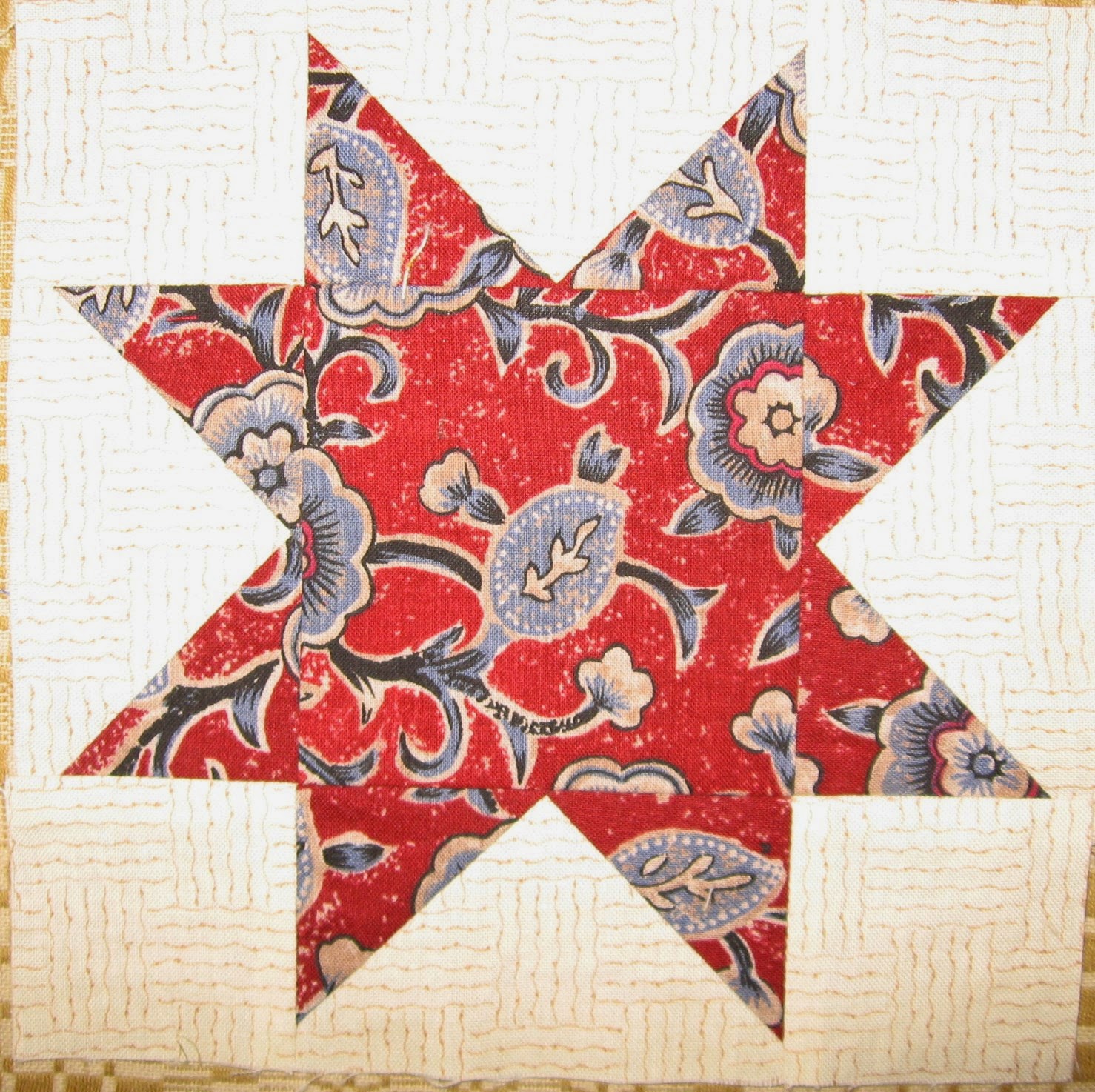 Here are four blocks in turkey red, circa 1850.  Peony pattern I think. 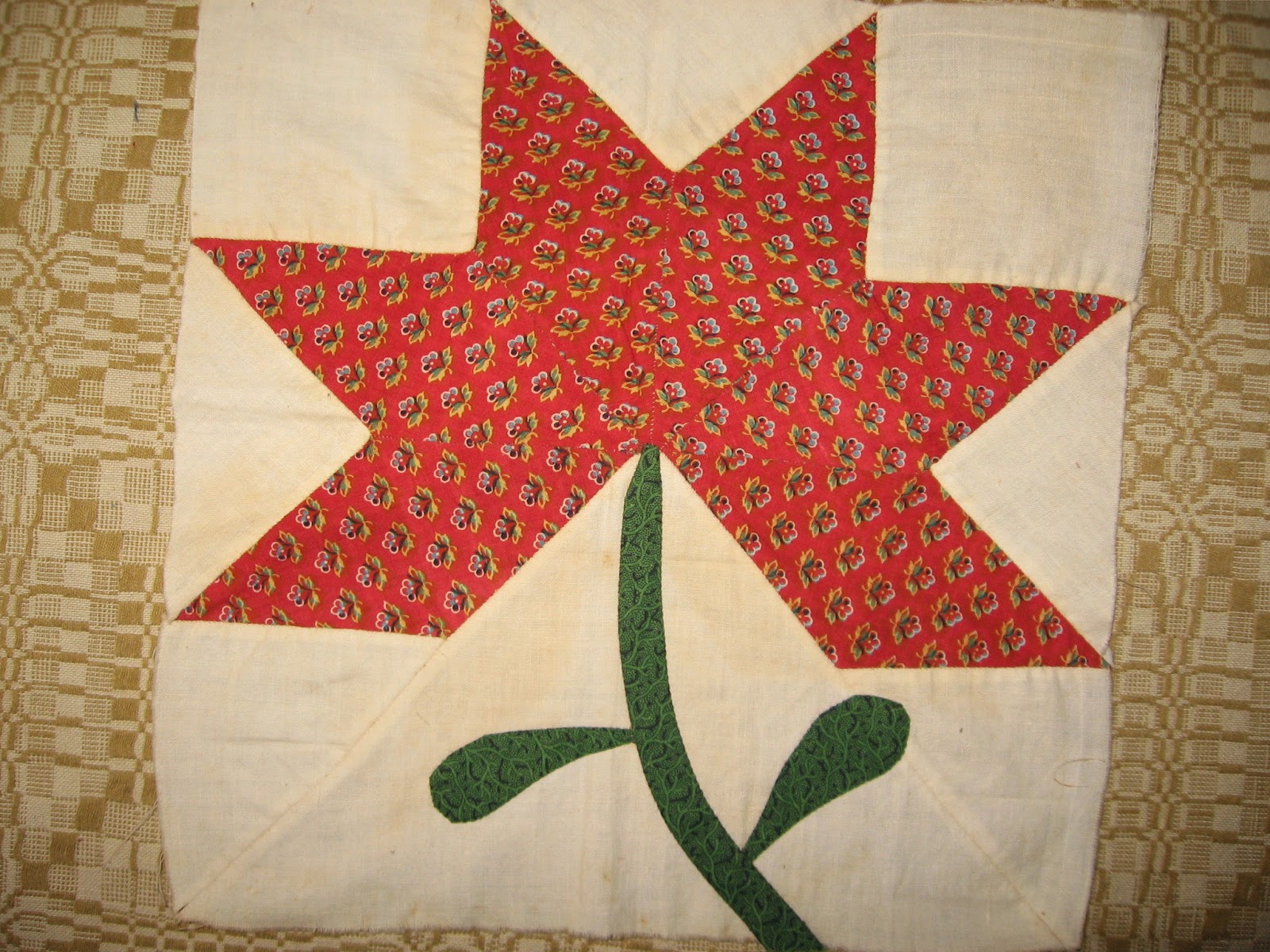 This first block was made in the English-Piecing style having whipstitched edges....very fine work!!  The other blocks were sewn in the traditional manner. 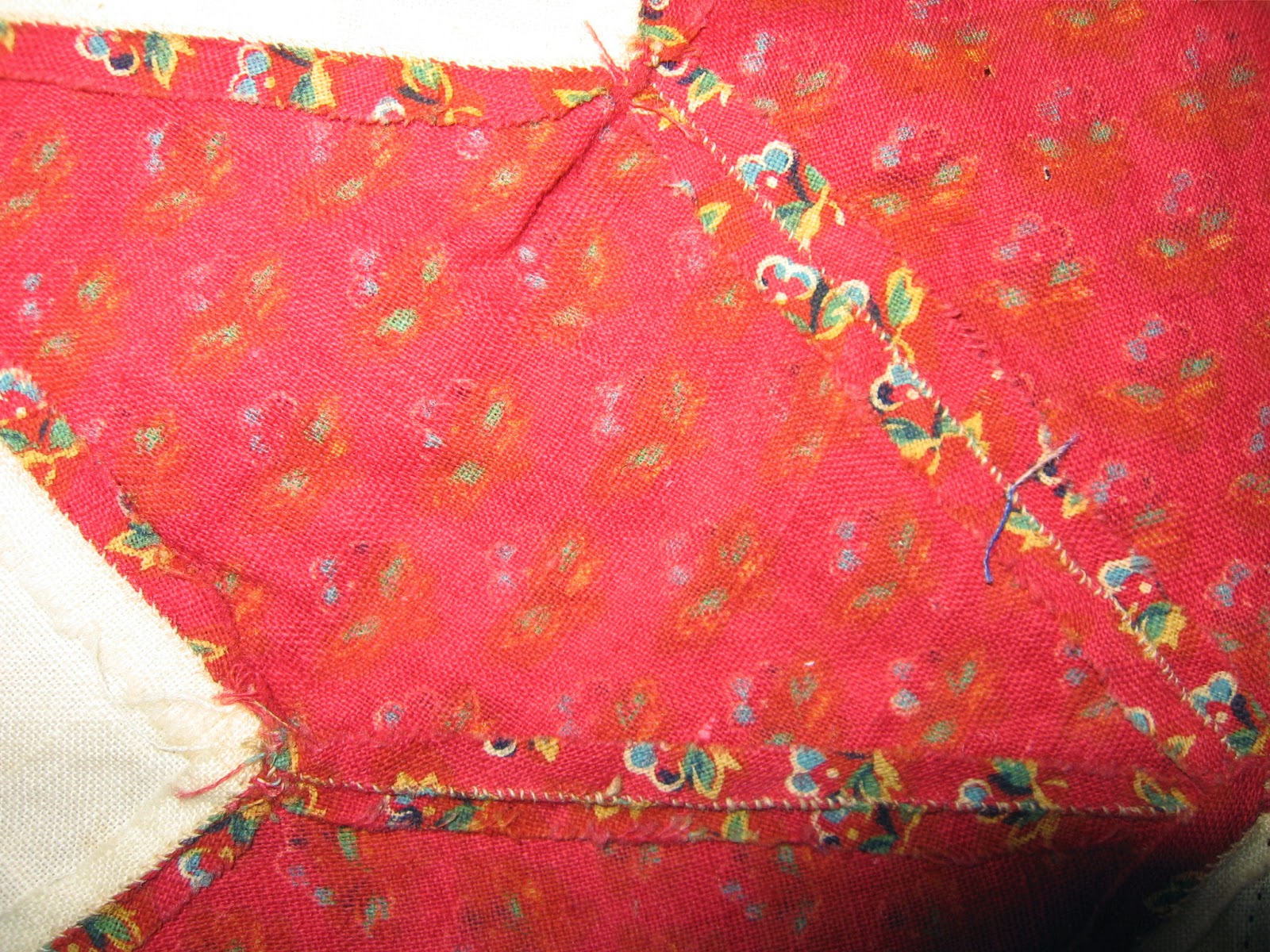 Back side shows the find stitching and a penciled name. 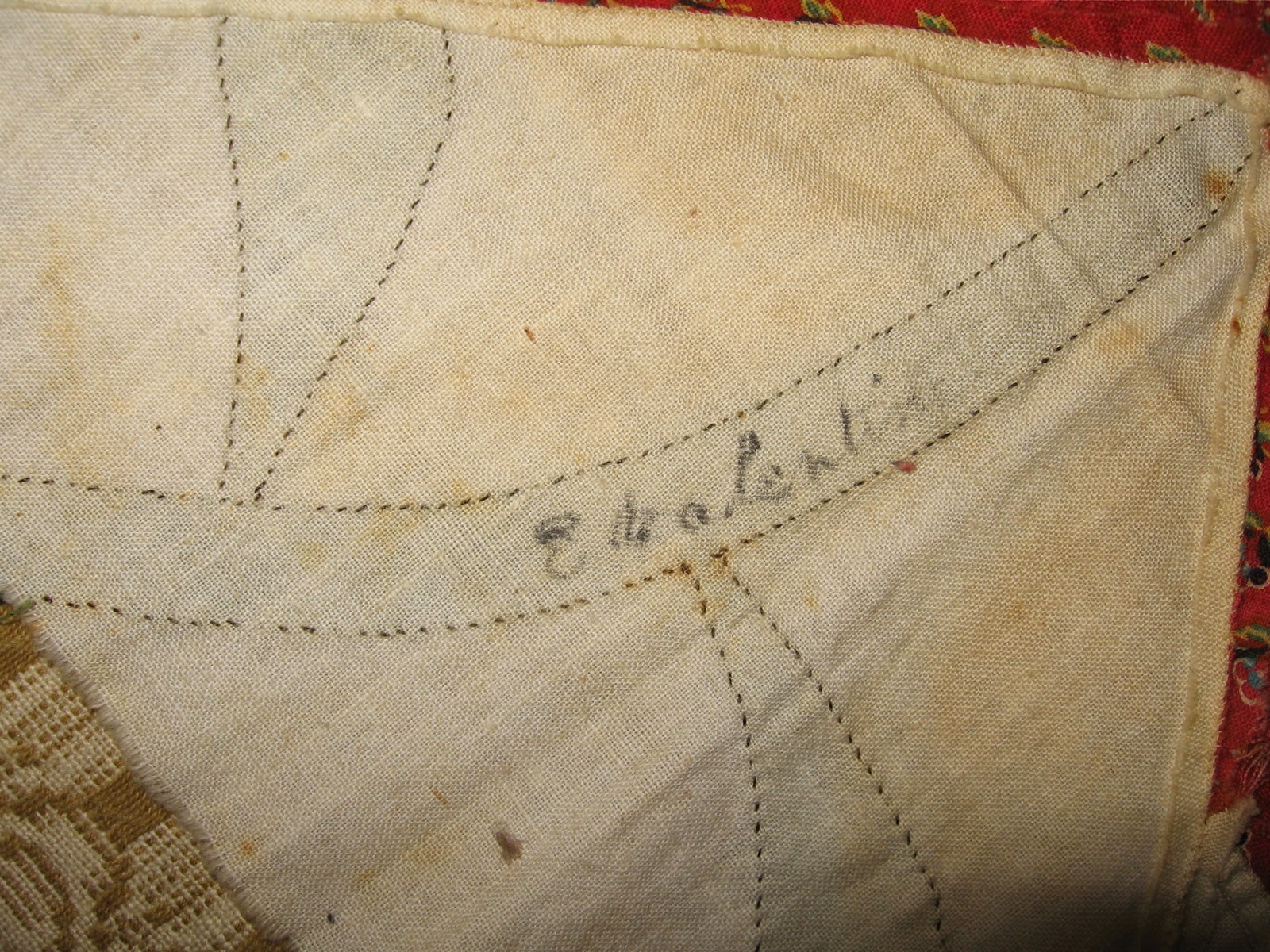 Love this print!  And such loverly greens were used! 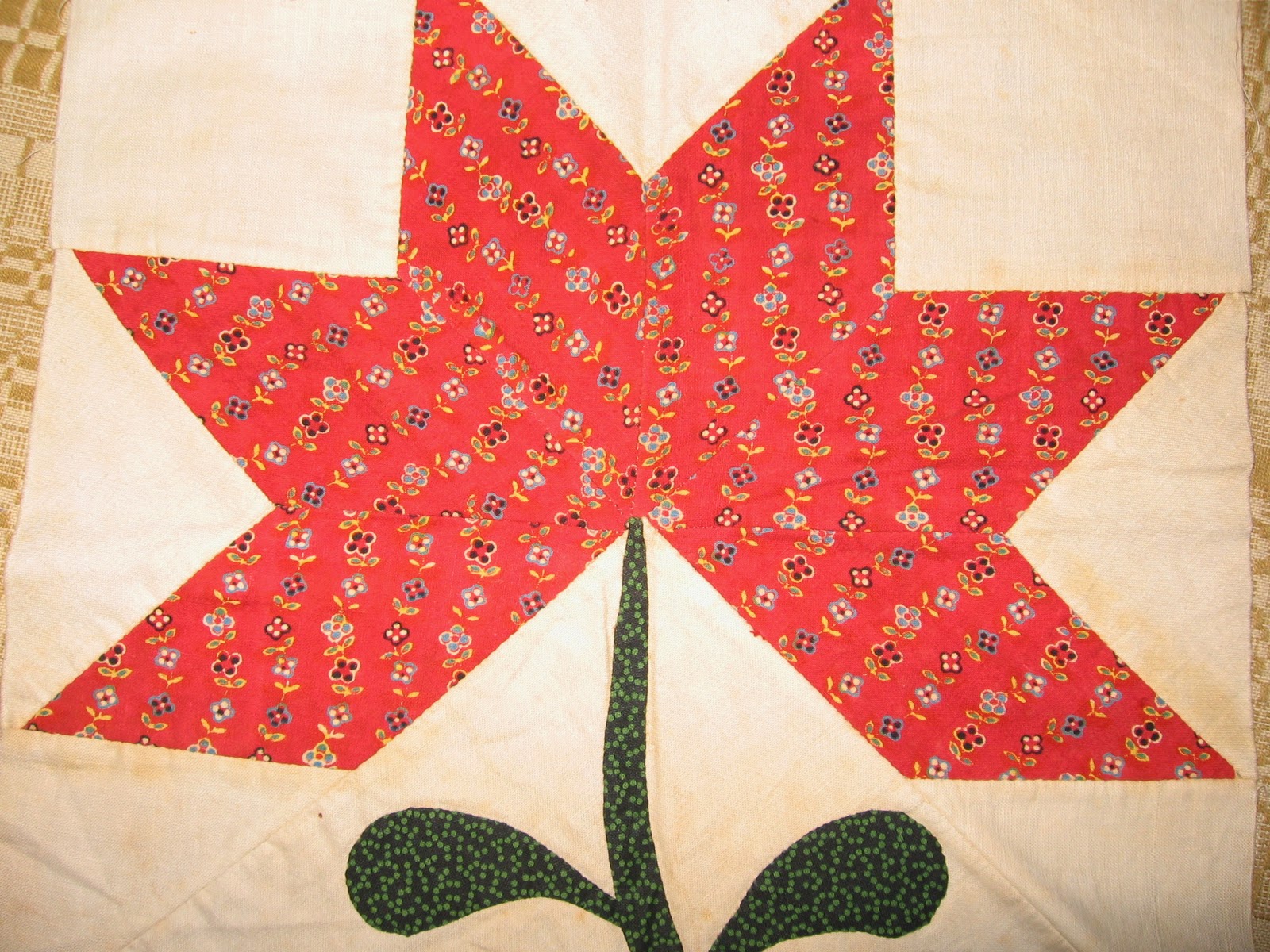 These two blocks would have holes where it looks black (actually dark dark brown) had they not seen the light of day for more than a century!  Isn't that green stem/leaves fabric fabulous?!?! 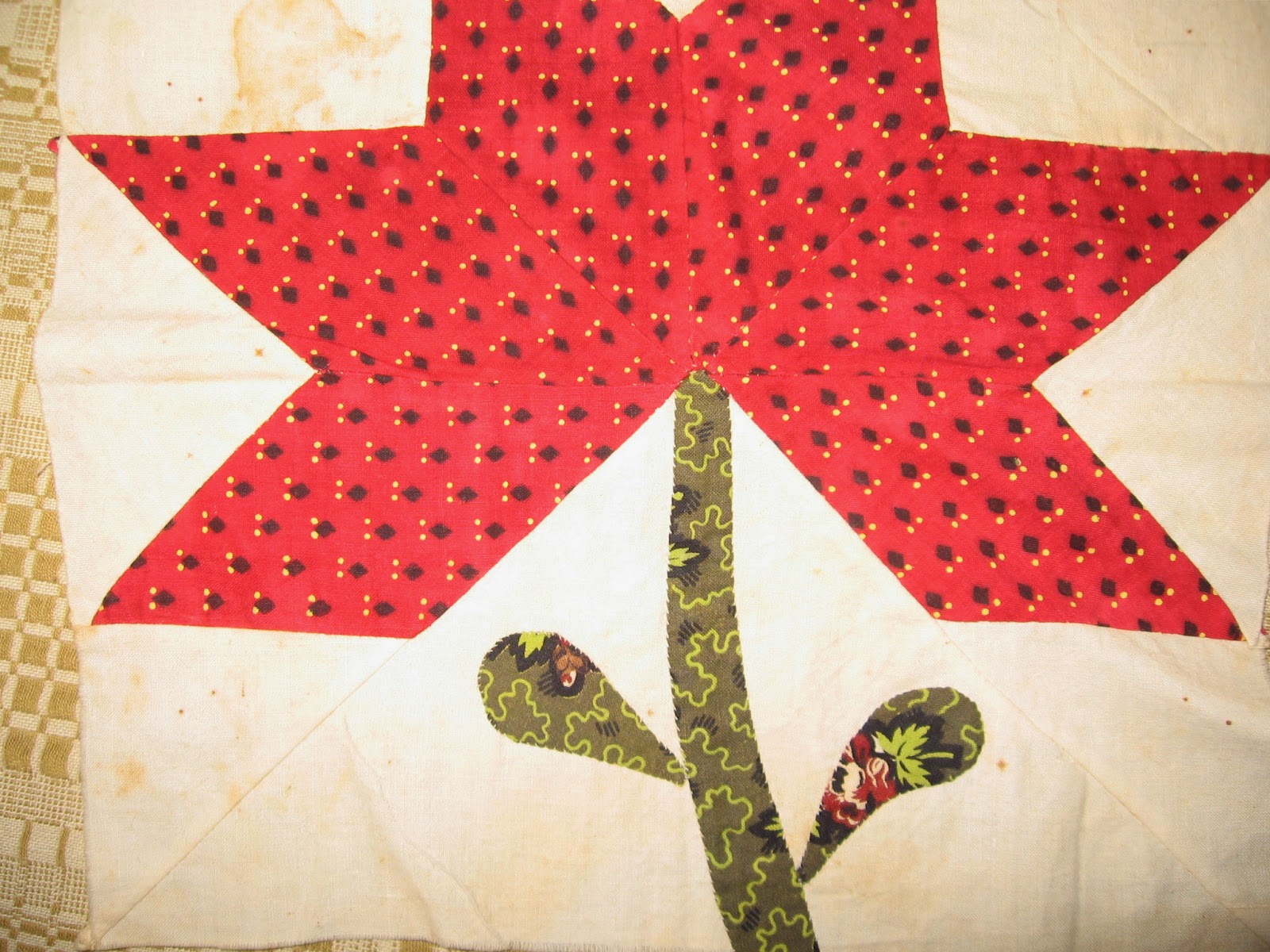 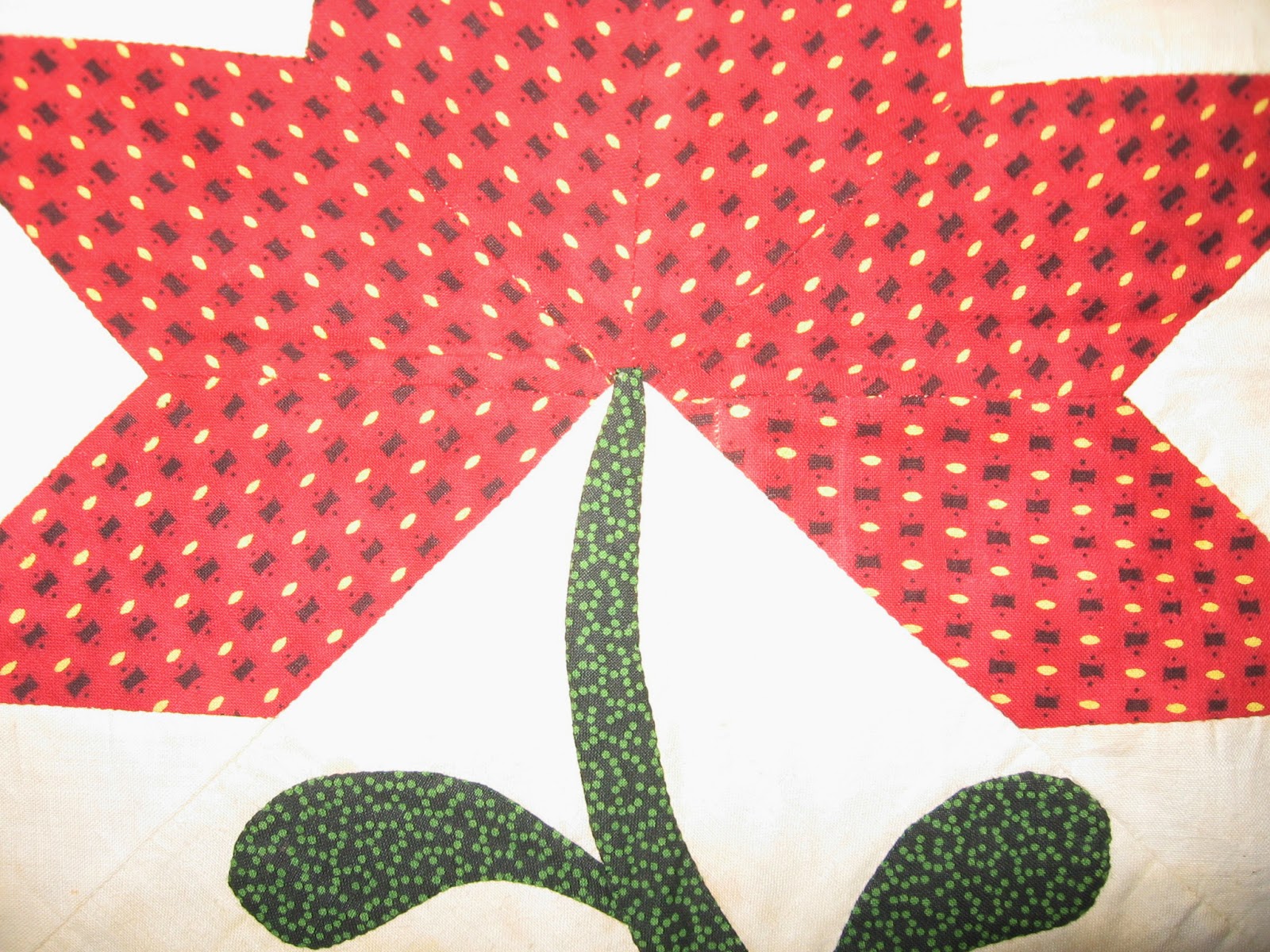 Finished another block of my Jane Stickle quilt, A-3.  The one on the left was made many years ago and I think I like it better than my new one and may just use it even tho I used the old muslin compared to the new P&B darker one that I am now using.  Both were handsewn. 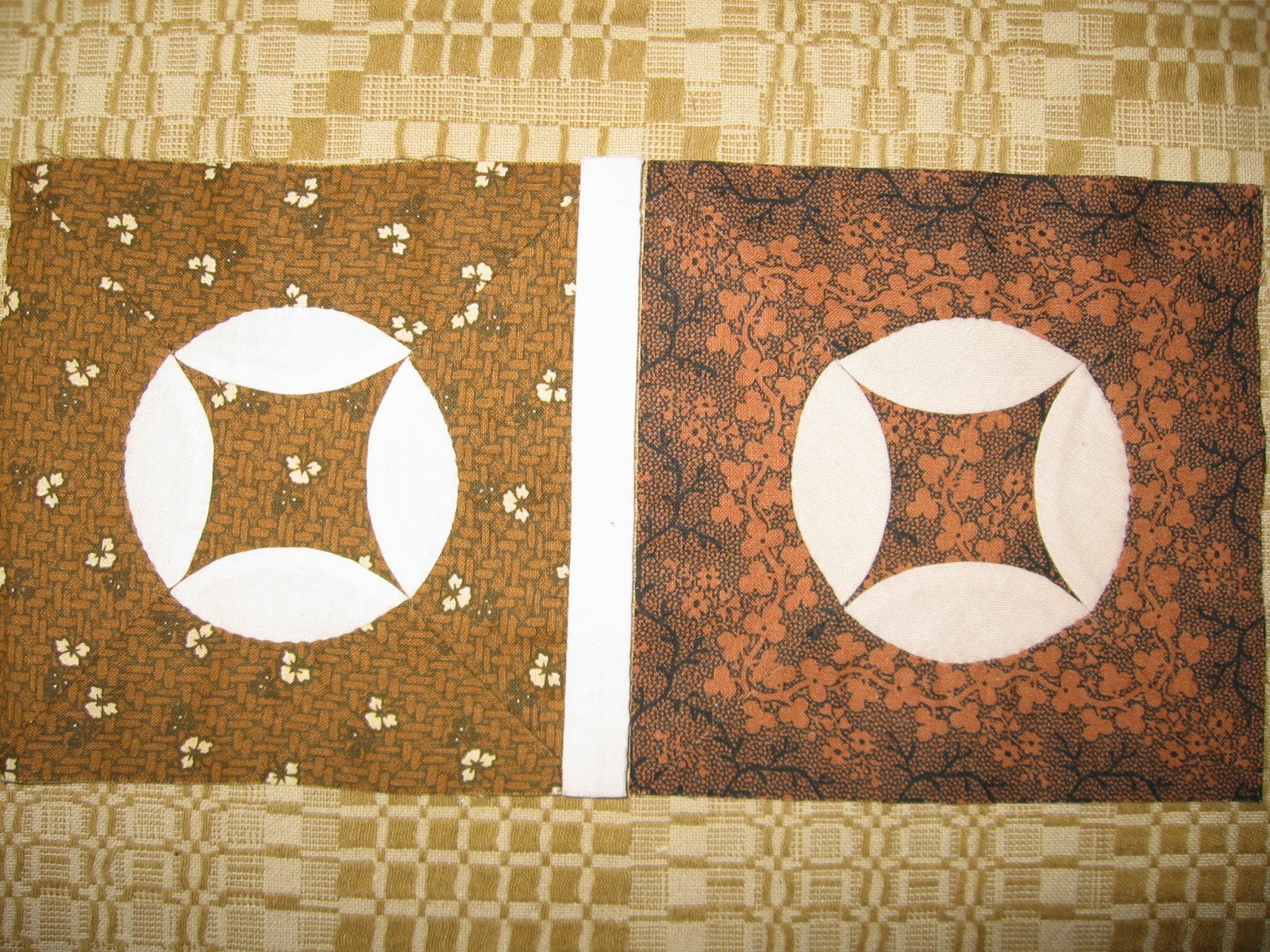 Wendy and Lori are making Time Warp Stars too!  Wonder how many others are!
Posted by Cyndi at 6:04 PM