Last block finished yesterday.  Just counted them and it is #19 ......Almost Halfway there!  Feeling the anxiety of approaching deadline!!!  Consoled by the fact that the hard ones are all done and the easy ones can be made in a sitting!    But I have to stay focused when I itch to start a couple new things And start handquilting my Colonial Medallion!!   Ended up making this block differently than I originally planned.  In the first photo, see the 4 hourglass blocks surrounded by triangles?  That's easy enough.........keep going...... 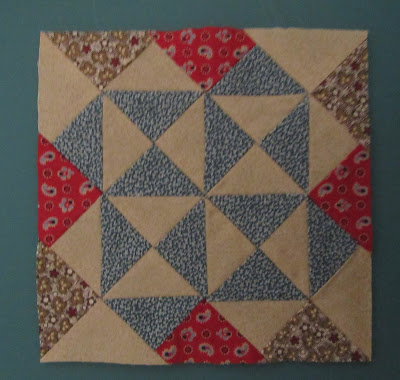 But, I happened to glance at the picture at an angle and another idea came...........It is diagonal rows of half square triangles!  One of my Favorites!   Went together like a dream after making a drawing to figure sizes.  Just noticed that now it looks like a Pinwheel surrounded by 2 rows of triangles! 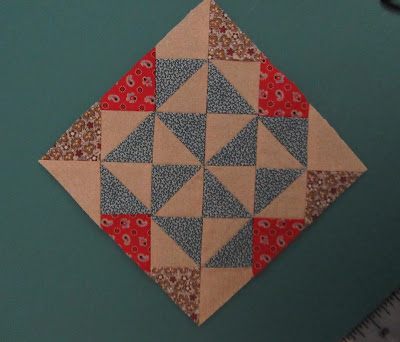 Someone asked to see my Colonial Medallion so here it is.......half of it anyway while it was still a top.  The center is the John Hewson panel reproduced by Andover of a printed panel he did in the 1790's in Philadelphia. 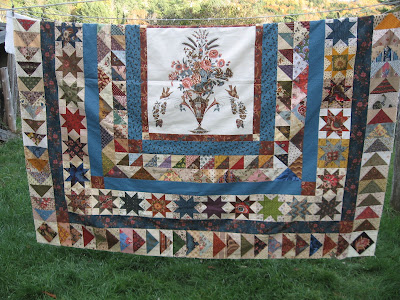