The quilt photos today are also 16-Patch as the last ones were.  The differences are that these are smaller blocks and 30-40 years later, 1870-80.  Cannot remember how I came by this quilt!  It is in poor condition but is worth keeping for fabric study and maybe "someday" using good blocks to make a small quilt.  It smelled pretty bad so I washed it.....in the washer on the Handwash Cycle.....the agitator barely moves.  Water turned black.....spun after the rinse and laid it on a sheet in the backyard to dry.  Still smelled.....so back into the washer it went and let it soak overnight......felt like I had nothing to lose!  After a second wash and hanging over two lines on the clothesline in the nice fresh air, it was much improved and I was prompted to take photos of it to study the fabrics! 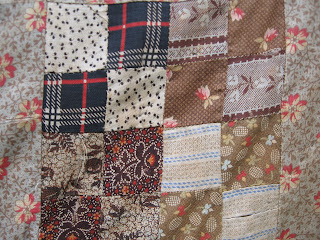 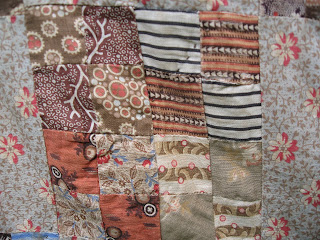 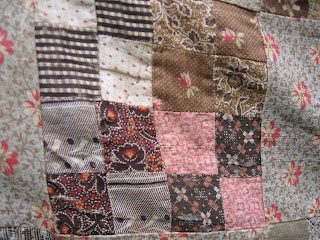 This paisley reminds me of one in Barbara Brackman's fabric line "Homefront". 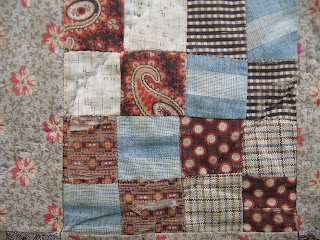 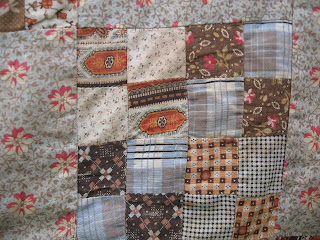 I have a close reproduction of the brown floral!  Wish more of the fabrics could be reproduced! 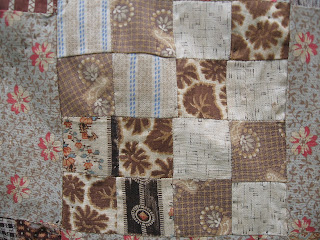 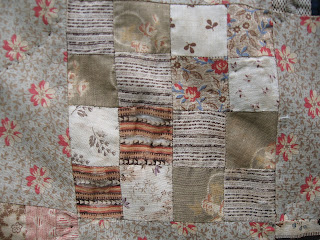 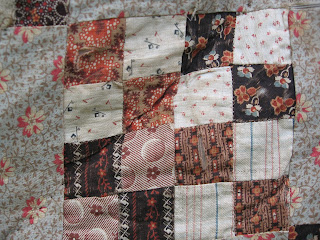 This the backing....one large piece of fabric with others along the edge.....don't know why we worry so much about backings these days.....doesn't need to be just one fabric and does not even have to match something on the front! 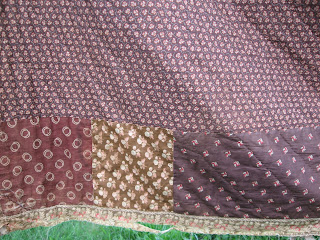 This fabric stripe is also along the edge of the backing........a nice madder stripe from the 1870's. 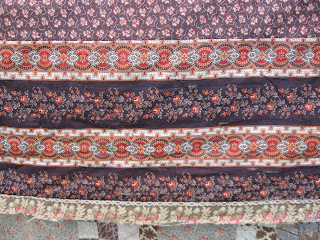 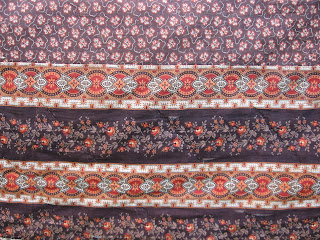 This is the fabric in the alternate block to the 16-patches. 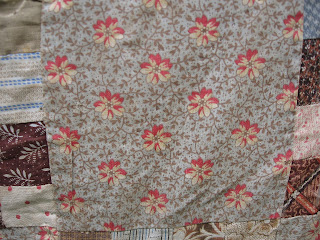 A closeup of the large backing fabric. 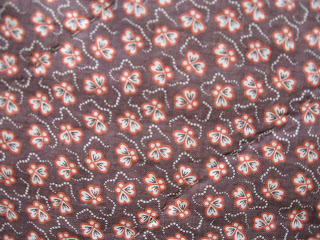 and the madder stripe. 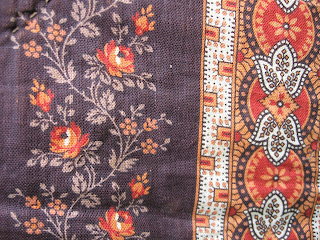 Here's another of my Ongoing Projects.......Applique BOM blocks by Edyta Sitar (love her quilts/patterns/fabrics!) called "Elegant Garden".......There are 24 nine inch blocks and I am stuck on #8! 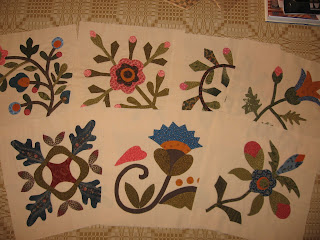 Another thirty-three 3.75" Log Cabin blocks to add to the box!  That brings my total to 63......only 337 left to go!  Love making these blocks because of the variety of fabrics!  Work on the 3" Railfence blocks used as Leaders and Enders are accumulating faster (but I need more of them!).  Will photo the last bunch of 59 for next time!! 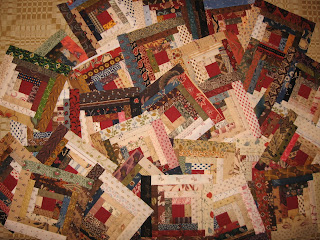