Here is the final row of the Potholder Quilt for the Maine Quilt show that has been keeping me more occupied than I thought it would!  Finished it with 2 days to spare!  Plan to attach the sleeve this evening and then it is on to Other Things I have been missing and neglecting for a few months!!  It has been enjoyable to draft, search for fabrics and then construct these blocks, but I have So Many other things on my list that I want to make!

This is a photo of a photo of the circa 1840 Bristol, Maine quilt that was my inspiration.  Will try to take more photos at the show!  I have been amazed at the complexity of some of these early blocks!  This quilt is in the collection of the State of Maine Museum, Augusta, Maine. 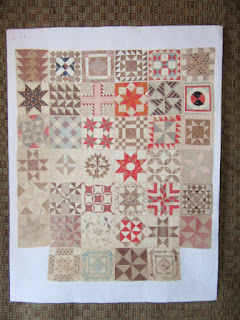 Restocked Linda Collins' Panama Pyramid templates!  This is one of the quilts on my List of Want to Make!  My friend Bonnie, whose pyramid blocks are in a previous post, called me this evening to say her quilt is done!  Can't wait to show it to you! 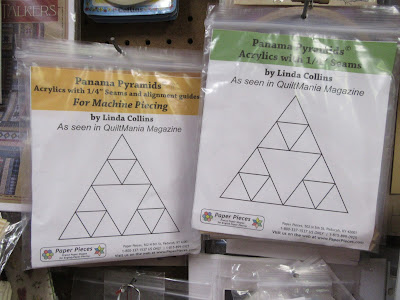 I don't have much of a garden anymore but these hydrangeas were especially plentiful this year..........would be blue if I treated them properly! 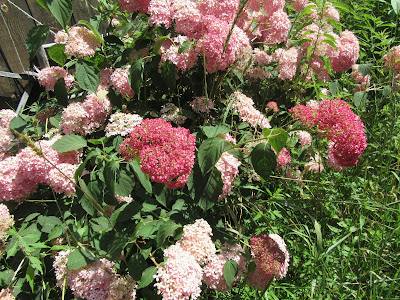 Mostly I just let stuff come up where it wants to!  BeeBalm this year is also prolific!  Have a rogue sunflower coming up from dropped birdseed I suppose.  Also have mallow and Queen Anne's lace that I let grow hoping it is replacing some weeds! 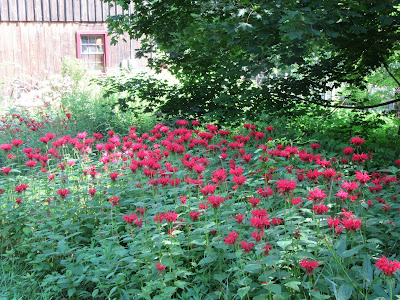 Final shot is of Sally, our Maine coon cat on the picnic table surveying her kingdom.  She used one of her lives a couple weeks ago when my husband rescued her from the clutches of a red fox!  Sorry the photo is grainy but it was taken through a window screen........if she sees me point a camera in her direction, she takes off!  She will be 16 this fall.....someone dropped her off to fend for herself when she was too young to leave her mother, but she knew what to do!  My husband found her in the barn lying on a cow's back for warmth on a cold fall morning! 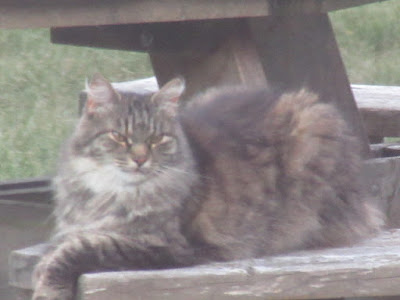